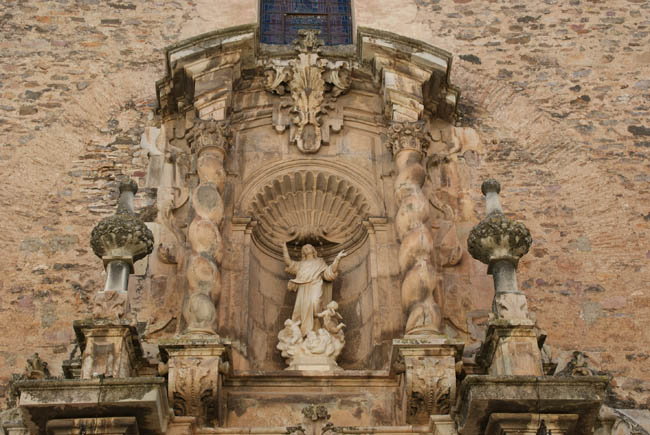 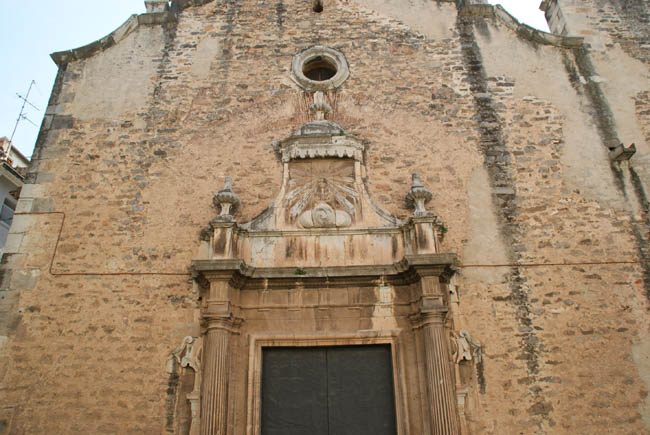 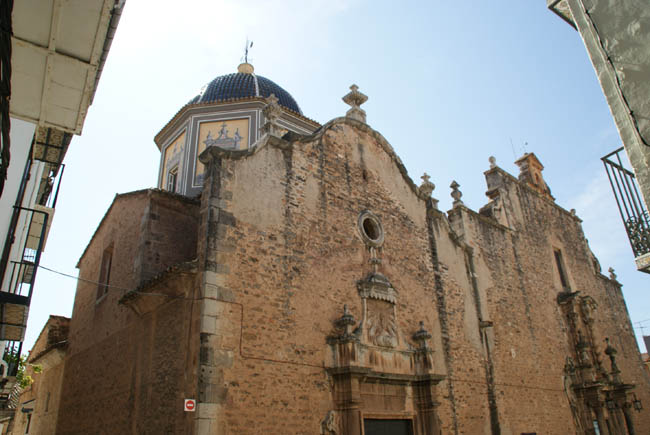 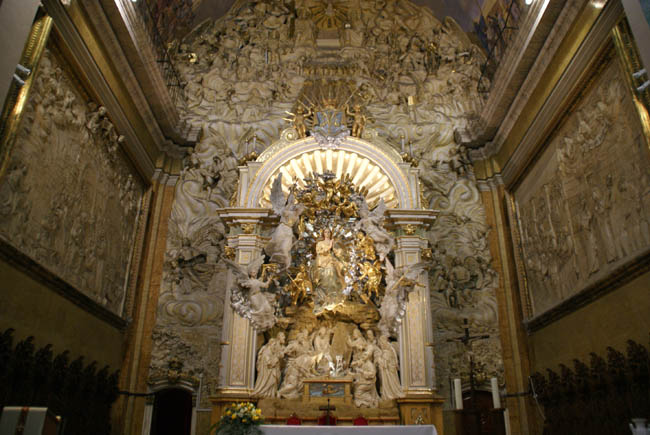 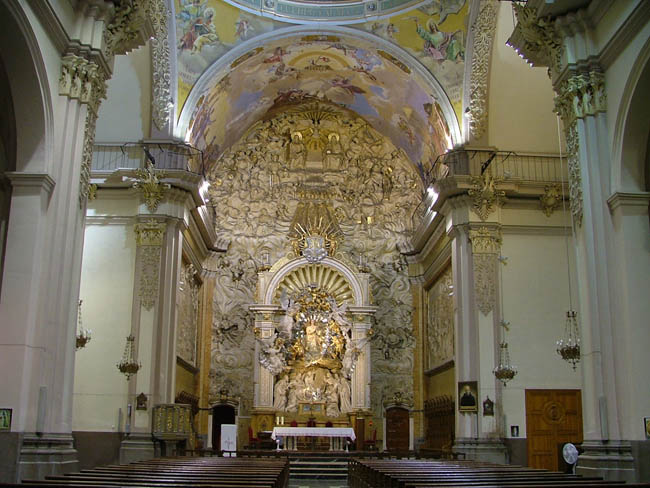 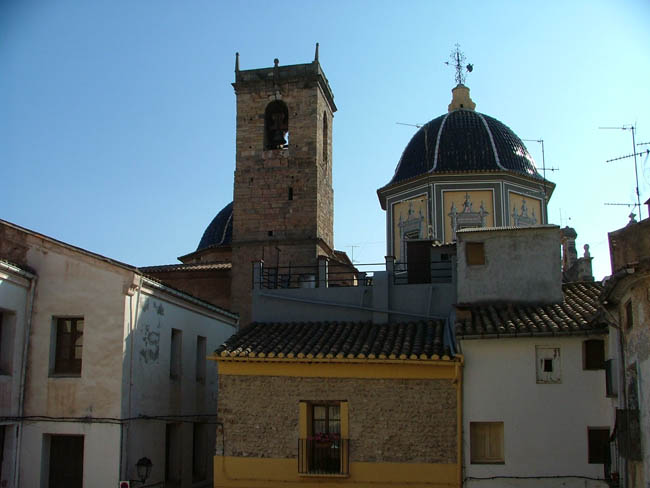 Exterior
The Iglesia de la Asunción church is one of the most important monuments of Onda. The Church is laid out in the shape of a Latin cross, with a single nave. The Capilla de la Comunión or chapel is connected to its foot at the east, with a Greek cross plan. The square bell tower is located behind the chapel, along with the patio that leads to the east side of the church and was originally an entrance into the primitive Gothic temple that predates the existing structure.
Construction commenced on the current temple, which has a Neo-Baroque façade, in 1727, over the site of the older building. The primitive temple, built in the 14th century, was devastated by a fire that broke out on 18 December 1467 and rapidly consumed almost the entire structure with the exception of the bell tower that is currently still standing.
Its façade consists of two doors, the main door which dates back to 1854, and that of the Capilla de la Comunión, built in 1753. The La Asunción sculpture which was located in the alcove above the entrance was destroyed in 1936. This sculpture had been created by the Ochando family of Almazora, although other sources have attributed it to Nicolás Busi. Several reconstructions have been carried out on this temple, of which the last was in 1939.

Main nave and sacristy
The inside of the church was completely sacked and destroyed during the Spanish Civil War, and it wasn’t until 1939 that reconstruction began under the orders and supervision of the parish priest Melchor Boix Rambla. It has a Mediterranean style with a spacious main nave and is balanced on the sides by chapels of a lower height.
Some of the most notable elements are the frescoes on the dome by Carlos Maroti which depict the Coronation of the Virgin, with the Evangelists on the sides and strangely, accompanied by the depictions of some of the local inhabitants who had donated to the rebuilding of the temple; the parish priest and some nuns and friars, whose convents were located on the outskirts of the town.
But perhaps the most significant element of the interior of the temple is the magnificent masterpiece of Sant Jordi, by the sculptor Folía, who came to Onda attracted by the magic of its ceramics, but would not live to see his work completed. This disciple and friend of the famous sculptor Rodin was commissioned to design the high altar and the side paintings which, as is evident, are of an extraordinary beauty, as are the baptismal font and the altar of the Capilla de la Comunión which was completed by a native of Onda, the artist Pascual Santos Albella.
The interior sculptures are by the Ochando family.
The sacristy houses a small yet valuable picture gallery with works belonging to different styles and periods:
-The Annunciation: 15th-century Italian miniatures by an unknown artist.
-The 16th-century Altarpiece of the Souls, attributed to Maestro de Cabanes of Hispano-Flemish style with Italian touches.
-The Altarpiece of San Antonio and Santa Bárbara of1558, by Vicente Juan Macip Navarro also known as “Juan de Juanes” for his extraordinary artistic quality.
-The Saviour: anonymous work dating between the 16th and 17th centuries.
-Christ Blessing. Copy by Joaquín Oliet in 1848 of a painting by Vicente López.
Capilla de la Comunión
With a Greek floorplan and rich decorations, the Chapel still preserves its original 18th century ceramic plinths, which have beautiful designs and bright colours. They were one of the few items to survive the church’s looting during the early stages of the Spanish Civil War.
We can also find traces of the maestro Folía’s handiwork in its altar, apart from the work of other magnificent artists such as the famous Valencian painter José Vergara, whose frescoes are displayed on the dome pendentives, and also on the building’s exterior; or the fantastic mural by our well-known local ceramic artist Manolo Safont.