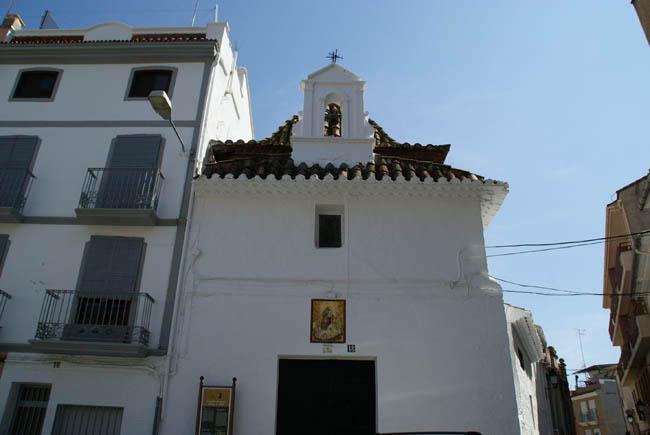 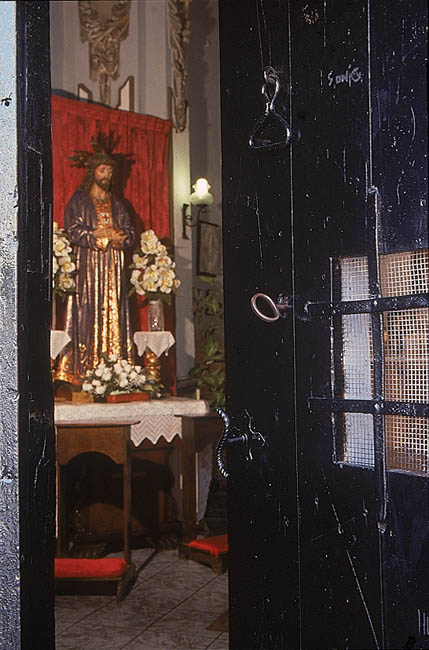 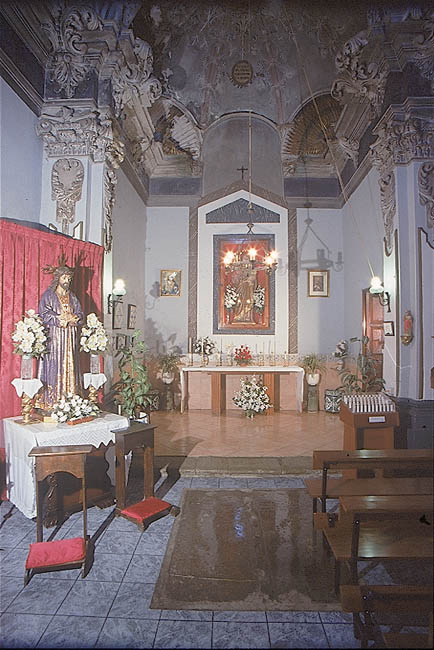 At the south-eastern end of the San José neighbourhood, we find the Capilla de San José. We know that it goes back to 1786. It underwent renovations in 1807 and 1849; which is most certainly when the current ornamentation was added.
The building has a square layout with a hemispherical dome divided into eight segments. The hipped roof of the dome is made up of ceramic tiles. The ashlar elements in the corners and a ceramic altarpiece dedicated to San José are visible on the building’s façade.
The temple has a Corinthian influence in its interior, with two pilasters in each corner. The entablature is decorated with floral patterns in plaster. The dome rises on pendentives decorated with angels and ledges draped with Baroque-style floral elements.
A notable component is the blue and white ceramic plinth, as is the altar tiling. Two graves dated 1797 and 1802 are situated in front of the altar.
An image of Christ with the crown of thorns is perhaps the item which possesses the greatest artistic and sentimental value within the church’s interior.