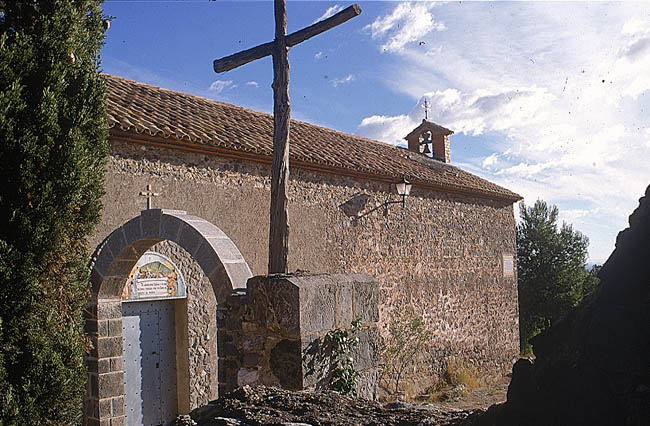 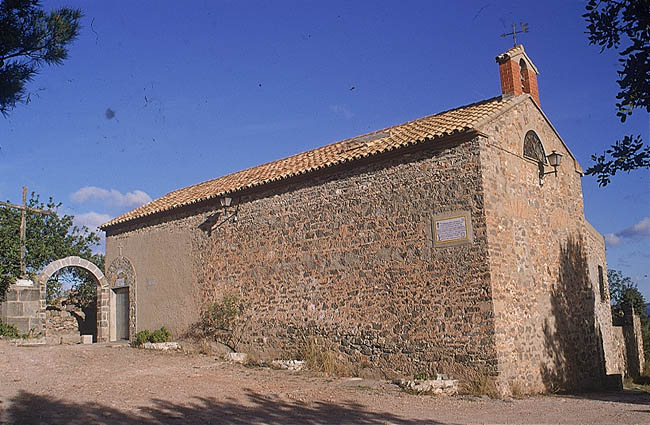 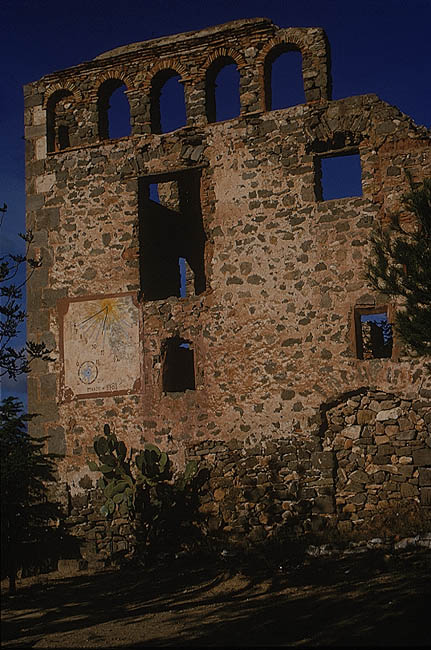 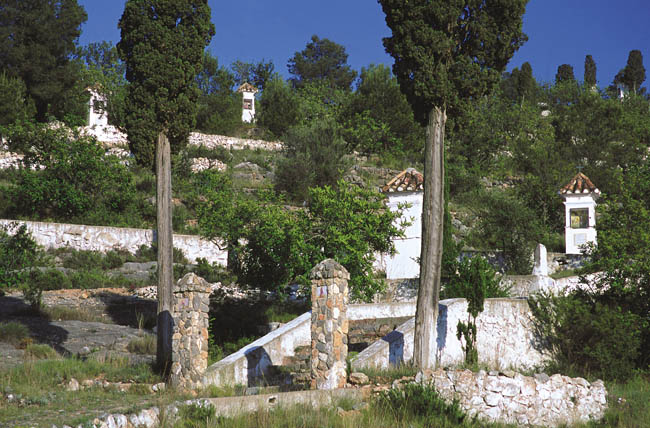 The Calvario de Onda was located on the Castle slope and is considered to be the oldest convent in the province. According to Castells Chalmeta, it was situated here between 1339 and 1732, with the last section next to the main entrance of the fortress. It must have been renovated in 1732.
In 1839, it was demolished to fortify the Castle. Transferred to what would be the Franciscan convent of Santa Catalina in 1851, the remaining ruins were converted into a small chapel with an altar and choir.
The current Chapel is formed of pylons with Classical cornices and an Arab-style ceramic hipped roof. The ceramic representations of the Stations of the Cross were painted between 1940 and 1960.
The Ermita de Santa Catalina y la Capilla del Calvario still stands to the right of what would have been the main entrance of the convent. It was added to the main structure as a warehouse in the 18th century and was designated a chapel in 1836.
The rest of the convent walls give no indication as to any concrete function; with the exception of a three-storeyed building to the south of the site, with arches on the upper storey, typical of Valencian buildings from the 16th until the 18th centuries. Underground areas and what would have been a cistern have been detected.
The historian Mundina tells us that the church was very spacious and built in the Corinthian style. During the Peninsular War, it was used as a barracks and hospital by the Spanish, and was later occupied by the French. In the meantime, the clergy relocated to the town, returning to the convent after the war was over. After it was confiscated and the monks forcefully expelled in 1835, the Portuguese burnt it down in 1836. The ermita is all that remains today of the entire structure.
Creating a zigzag route from the Cemetery until the ruins of the convent of San Francisco, the Calvario is one of the most striking images of the town’s surroundings and also forms part of a local hiking trail, specifically, SL-CV106