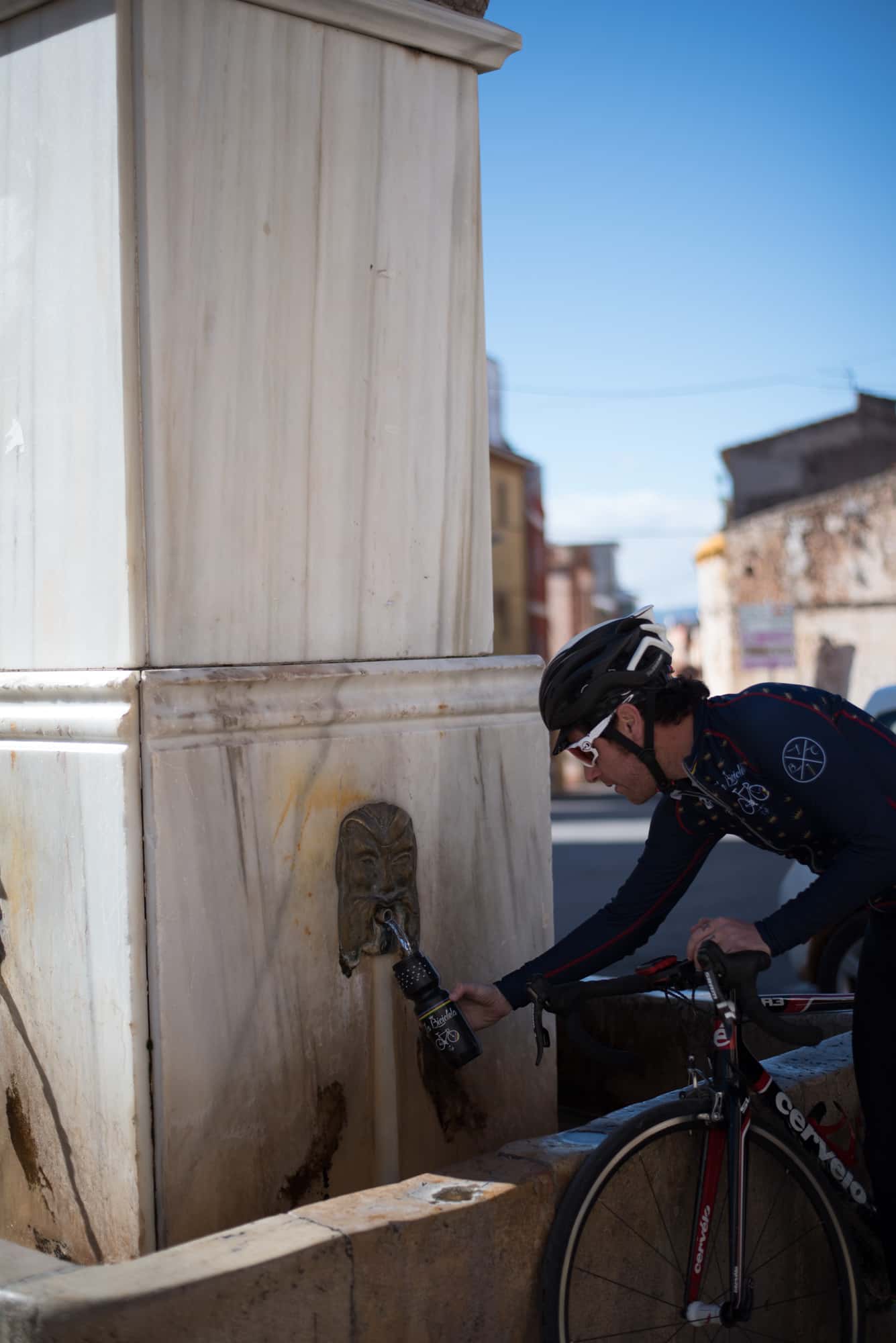 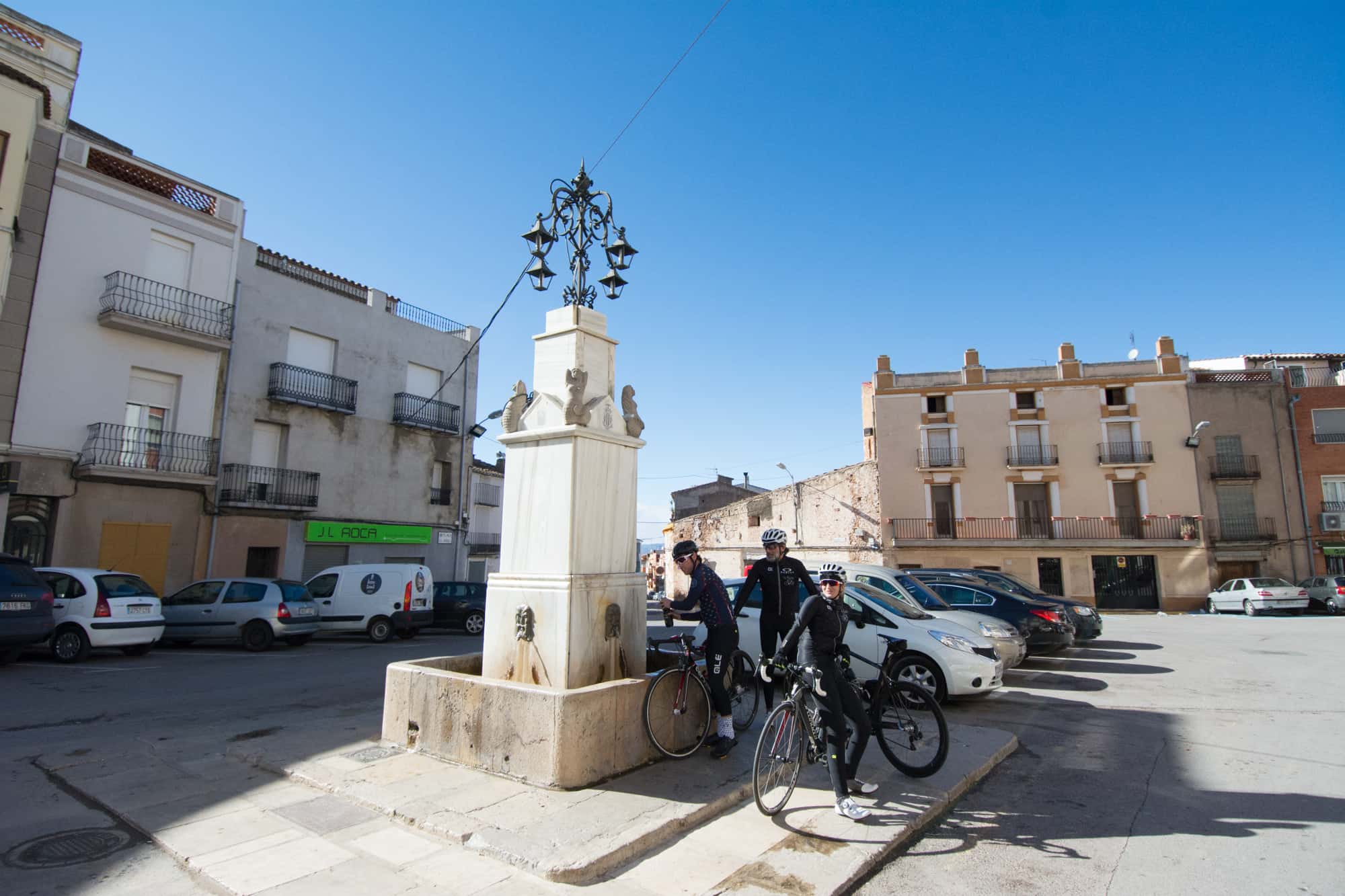 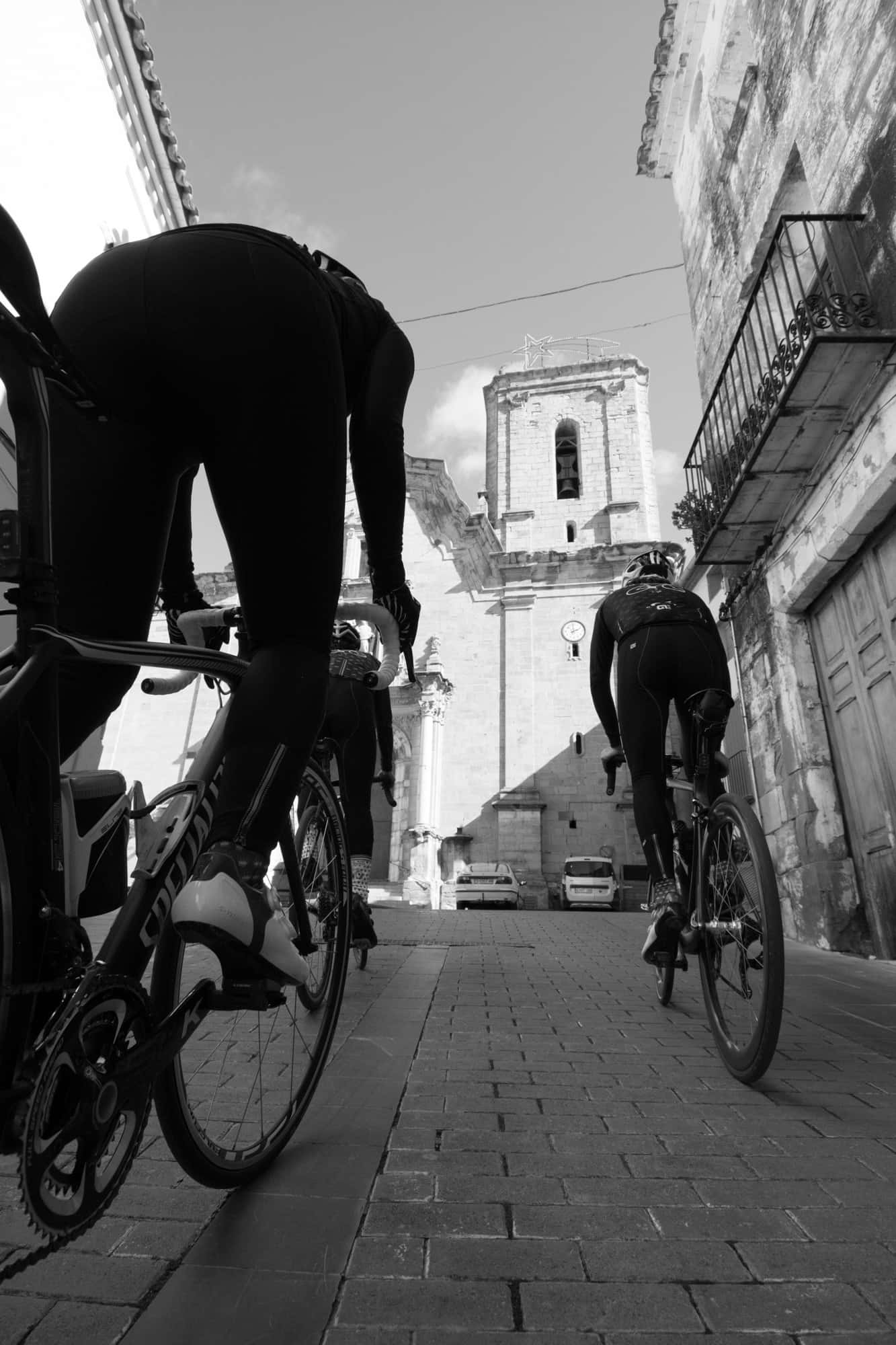 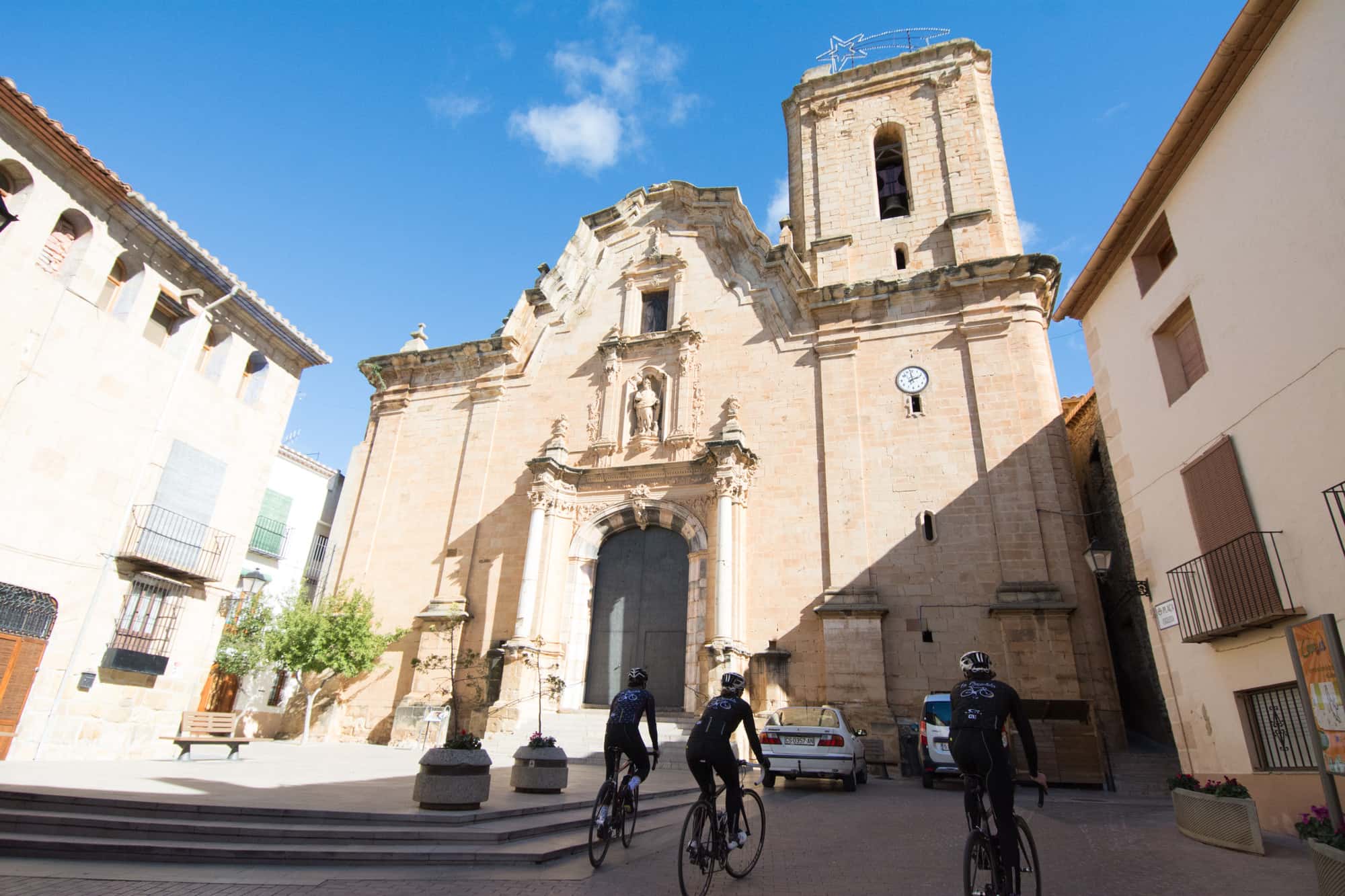 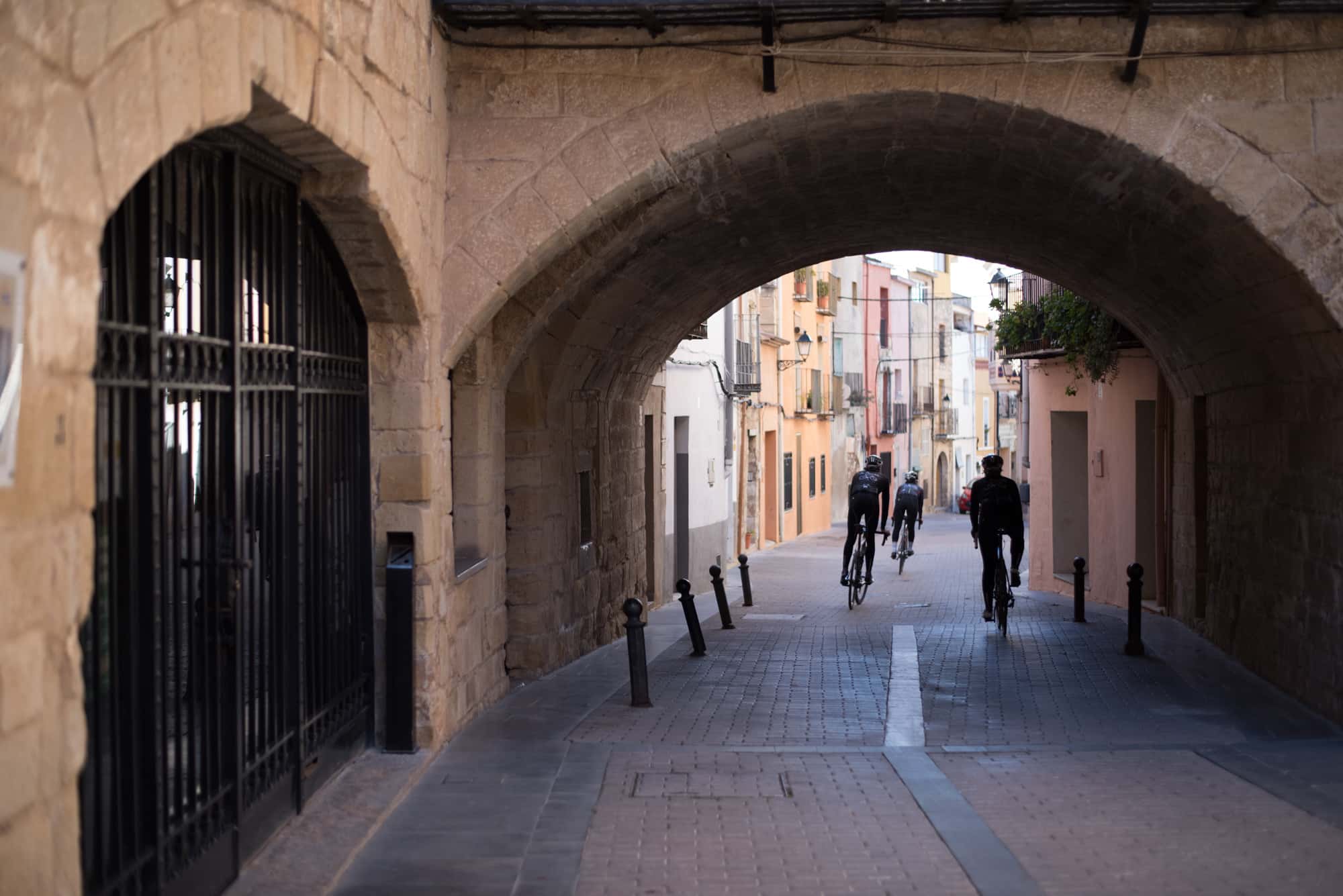 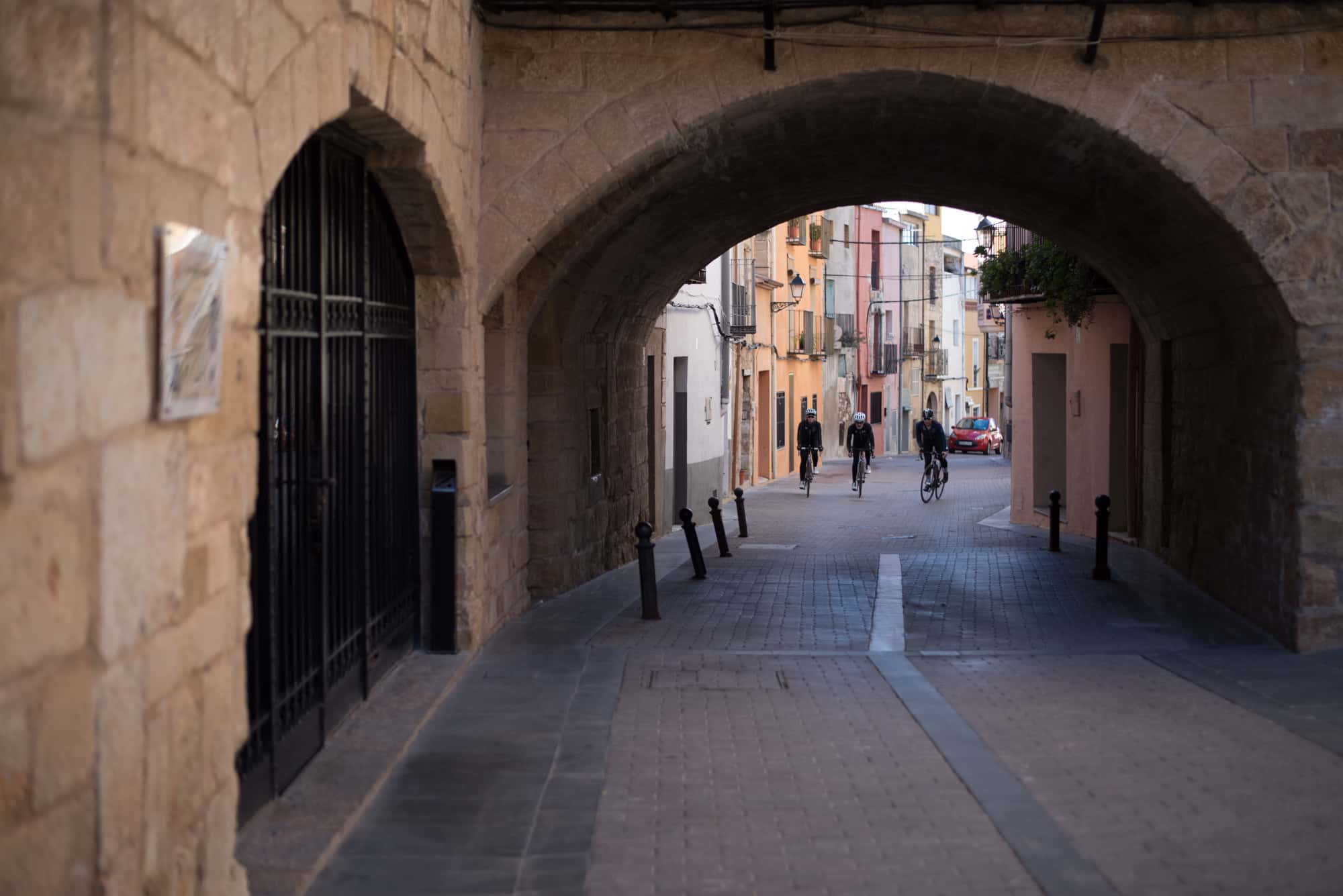 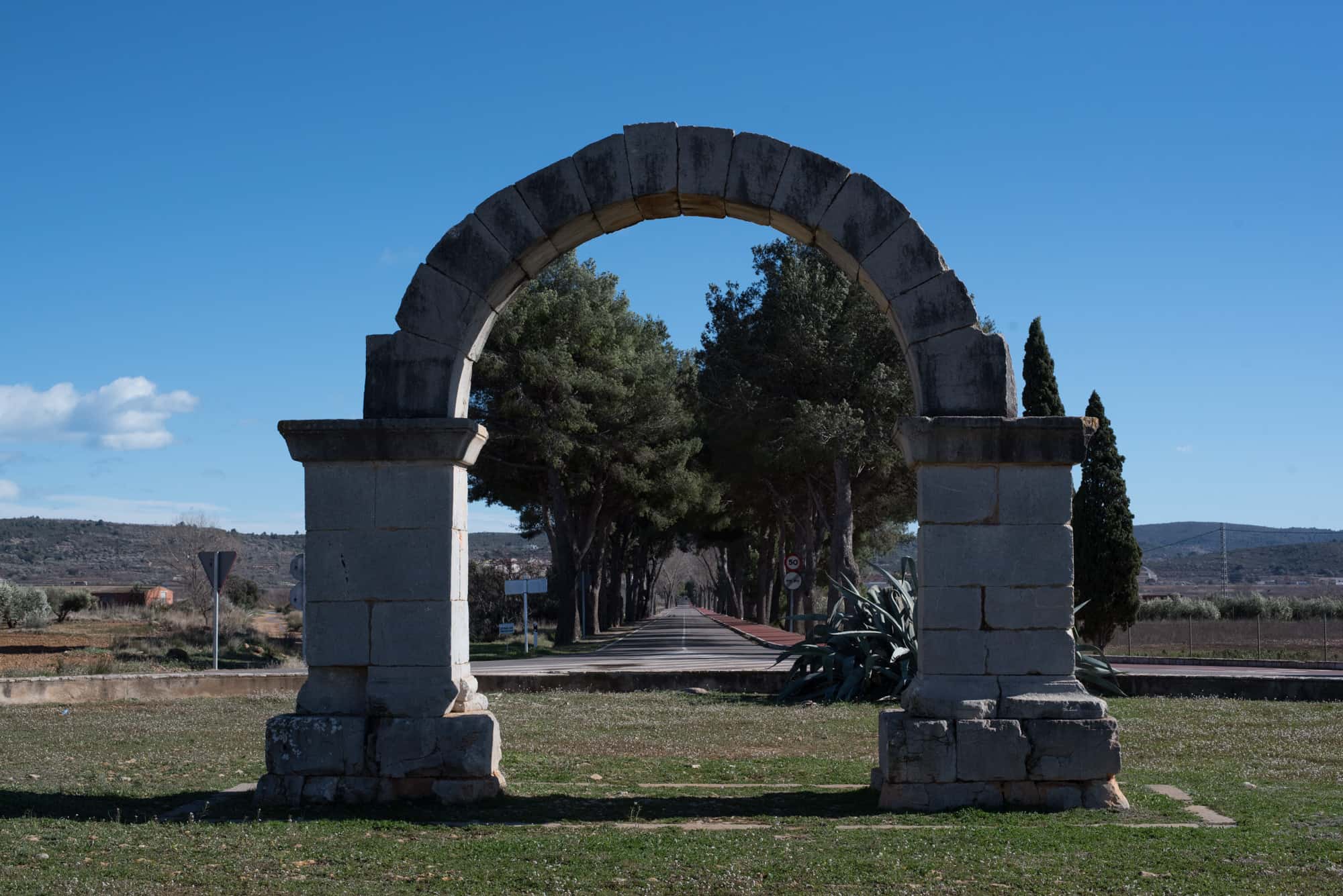 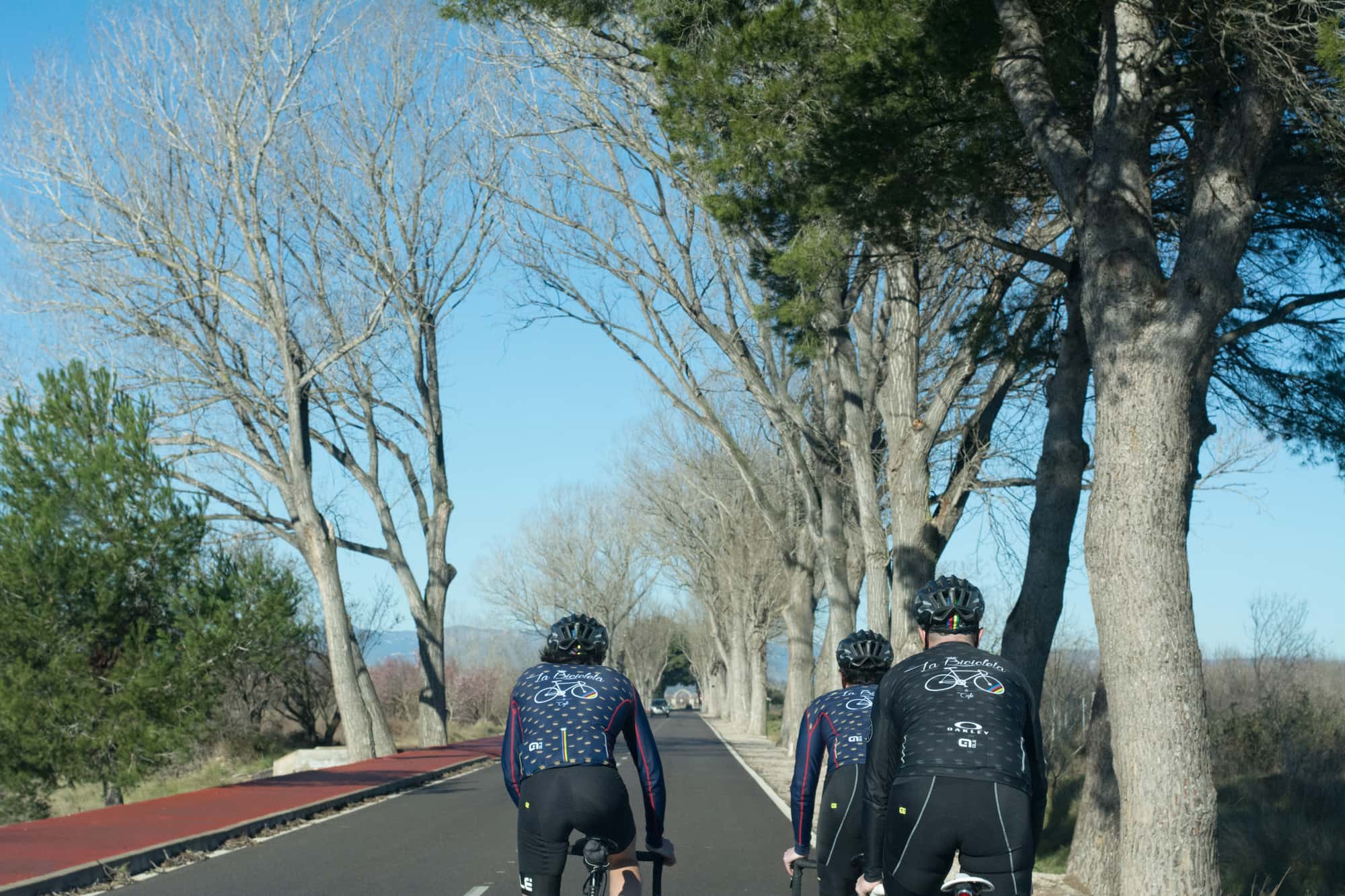 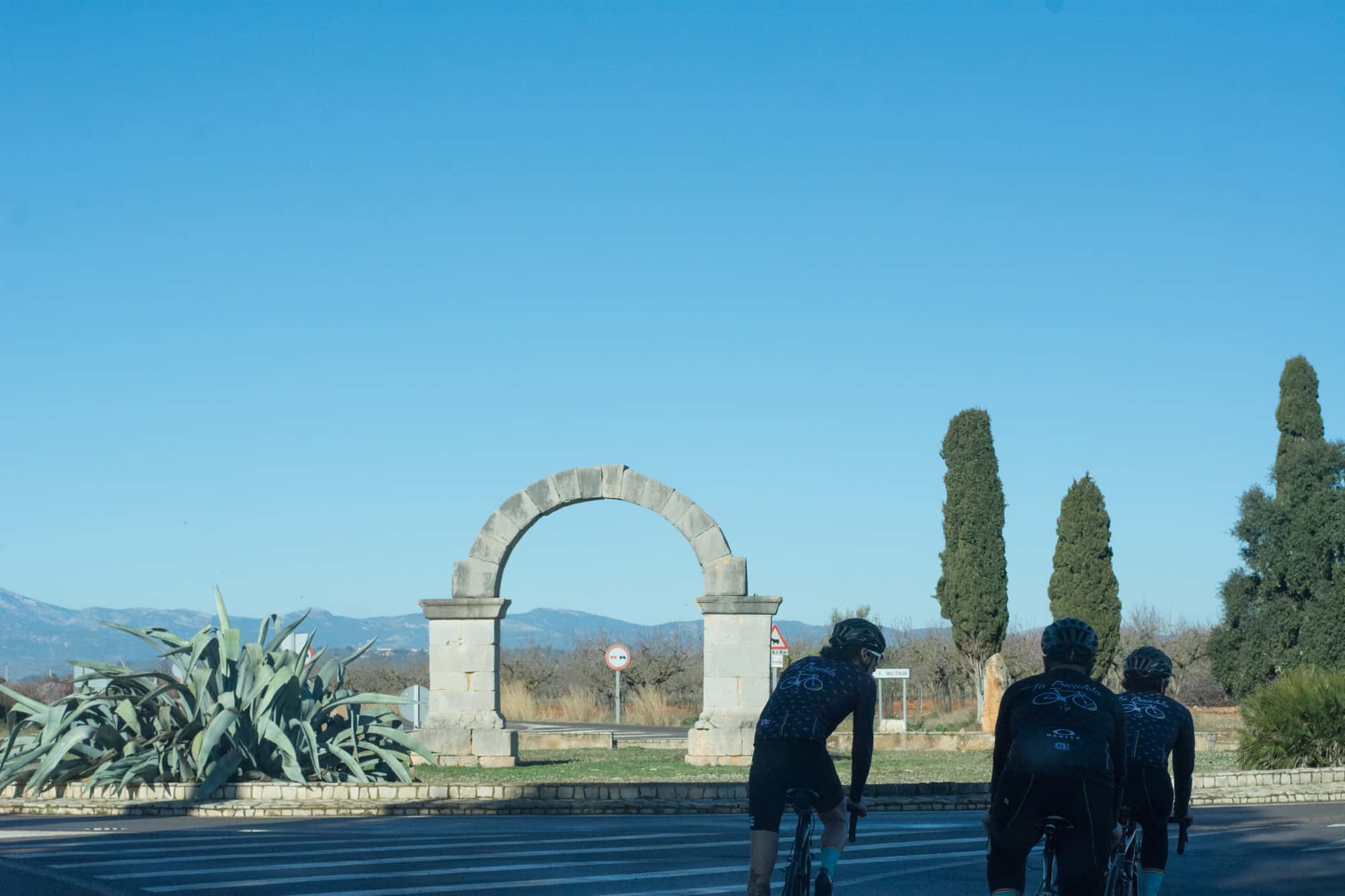 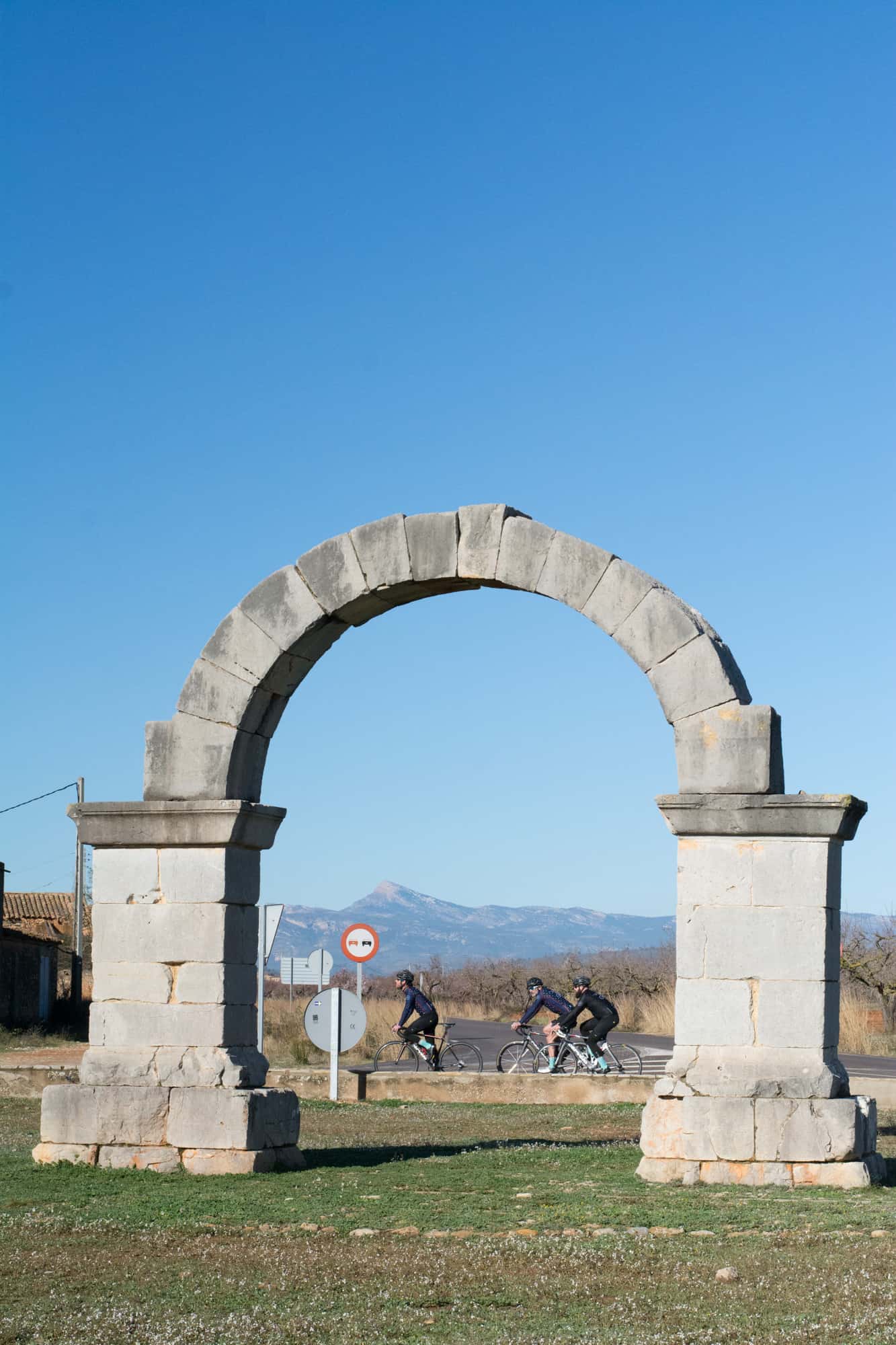 Cabanes was founded in Roman times as a mansion along the Via Augusta, however the current population dates back to 1243 as a town in the provincial district of Miravet. Three centuries later the castles of Albalat and Miravet annexed the municipality, which explains the three towers on its coat of arms. It is found some 10 km from the sea, the region of Plana Alta and it expands as far as the maritime town of Torre la Sal. The terrain which surrounds Cabanes in mountainous, as it is located at the top of a hill 294 metres above sea level.

Only the ruins of the castles of Miravet and Albalat still remain, although the history is alive among locals. The old church of Albalat and the Santa María de la Asunción fortress are preserved. On the other hand, the Miravet's watchtower can still be seen, as can the San Martín and San Bartolomé church. But they are not the only religious monuments in Cabanes, you can also visit the Santa Águeda and Santa Lucía chapels which are located in the valley of the Desert de les Palmes natural park. The San Juan Bautista church should not go unnoticed as it is one of the greatest temples in the area: its 18th century baroque facade should grab your attention.

There are still traces of the Roman times, such as the Roman arch which is still standing as was named a National Historic and Artistic Monument in 1931. It is estimated that it was built in the 2nd century and crossed the Vía Augusta. The earliest data about the Miravet Castle goes back to the period of Rodrigo Díaz de Vivar (known as Cid Campeador), who tried to reconquer the town in 1091, but the Moors remained. The four old surveillance towers are also visible: the Torre de la Sal, next to the beach; the Torre Carmelet which has been named as a Site of Cultural Interest; the Torre del Carmen which is also known as the Torre Máñez, located in Ribera de Cabanes; and the Torre de los Gatos found along the "Camino de las Torres" (trail of the towers).
Cabanes also has natural wonder natural parks to visit, such as the Prat de Cabanes-Torreblanca Natural Park, one of the biggest wetlands in Castellón. This is particularly picturesque due to the wide range of aquatic birds there.

Just as in most of the Autonomous Community of Valencia, in Cabanes they are paella experts and you cannot leave without trying it, as well as their delicious almond cakes. At Bar-Restaurant l’Hostal (Plaza Els Hostals ) there is a wide menu where you can try their home-made dishes. When stopping mid-route, we suggest you go to Restaurante Casa Carmen (Calvari 36) for a good lunch.
You can stop the night in Cabanes in a basic hotel for a very affordable price: Hotel la Cava (Calle Cava, 42). If you would like something more family-friendly and peaceful, we recommend Casa Rural Rosa (Calle San José,11) which is a welcoming rural house in the centre of the town.

- Santa Águeda y Santa Lucía chapel: located in the valley of the Desert de les Palmes Natural Park.
- San Juan Bautista church: which has an 18th century baroque facade. It is one of the temples of the diocese.
- Roman arch: built in the 2nd century on the Vía Augusta. Nowadays it is on the outskirts of the town, but you can get there by road.
- Miravet Castle: with prehistoric archaeological findings, although historic facts date it back to the reconquest of Cid Campeador.
- 4 old surveillance towers: the Torre de la Sal, next to the beach; the Torre Carmelet which has been named as a Site of Cultural Interest; the Torre del Carmen which is also known as the Torre Máñez, located in Ribera de Cabanes; and the Torre de los Gatos found along the "Camino de las Torres" (trail of the towers).
- Prat de Cabanes-Torreblanca Natural Park: the biggest wetland in Castellón.

In Cabanes we suggest a beginners route which takes you around the outskirts of this municipality and should not take longer than an hour. The circuit is 23 km long and will take you to nearby towns. Enjoy the route as there are not any difficult sections and therefore you will be able to enjoy your surroundings, which on the whole are covered in olive groves.
We leave Cabanes on a favourable road in the direction of Vall d'Alba. We face a gentle incline, but you will not have to use any extra energy as the gradient is very slim. Once you have gone past this town, turn left onto the "Camino Viejo de Atzeneta" (Old Trail of Atzeneta). During this uphill section you will reach the route's highest point at 363 m above sea level. The following section towards Benlloch is downhill. Take the road parallel to the CV 10 which will take you south until you get back to Cabanes.

- Vall d’Alba (Km 15,1): municipality which takes its name from the Alquería Alba Muslim settlement. It is currently home to almost 3,000 inhabitants who live of the land, particularly the vineyards and olive and almond groves.

- Asunción de Nuestra Señora parish church - Benlloch: located in the urban centre this church is 25 metres high and can only be reached by going up 150 stairs. It was built in the 17th century in a Renaissance style, although it has some Gothic influences with its high vaults. Its bell tower houses one of Valencia's oldest bells.

- Bar-Restaurant l’Hostal (Plaza Els Hostals): home-made menu of the day with traditional dishes for 15 euros.
- Restaurante Casa Carmen (Calvari 36): a sports bar which is great for getting your strength back along the route.

- Hotel la Cava (Calle Cava, 42): a basic and peaceful hotel in the centre of Cabanes.
- Casa Rural Rosa (Calle San José,11), a welcoming rural house on the outskirts of the town.