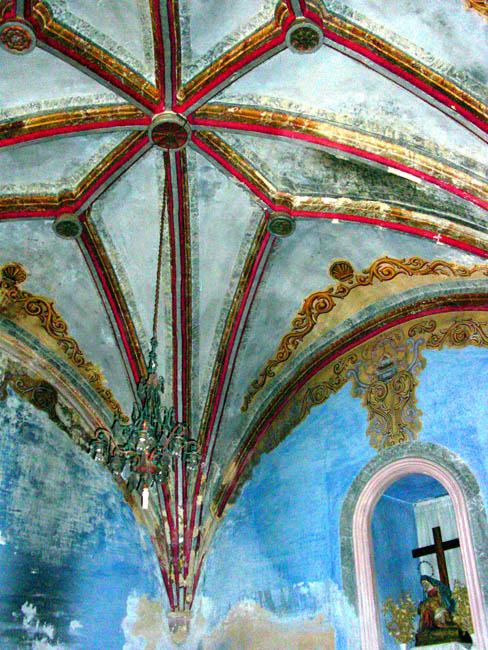 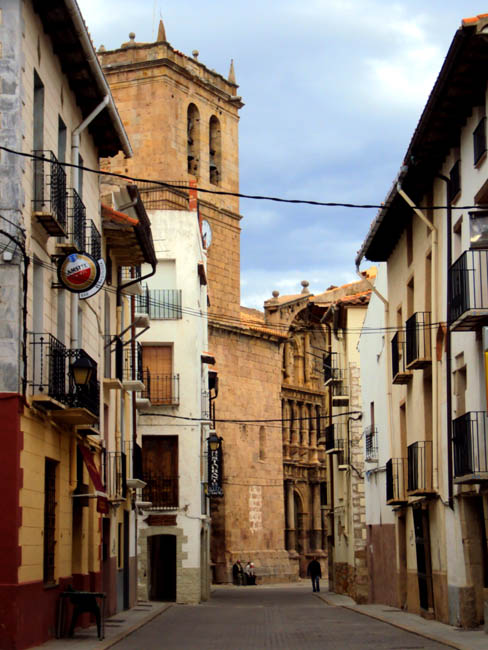 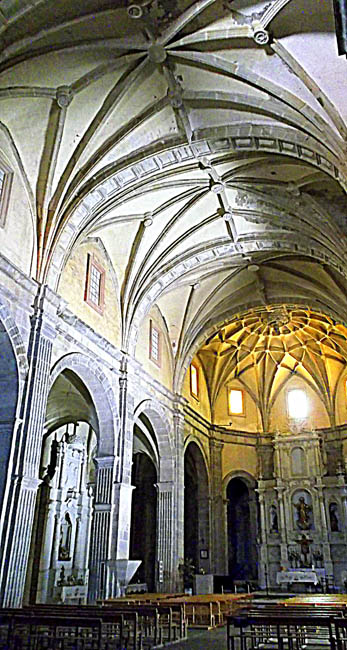 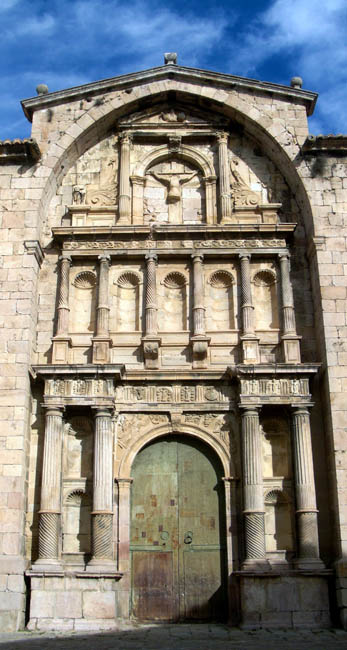 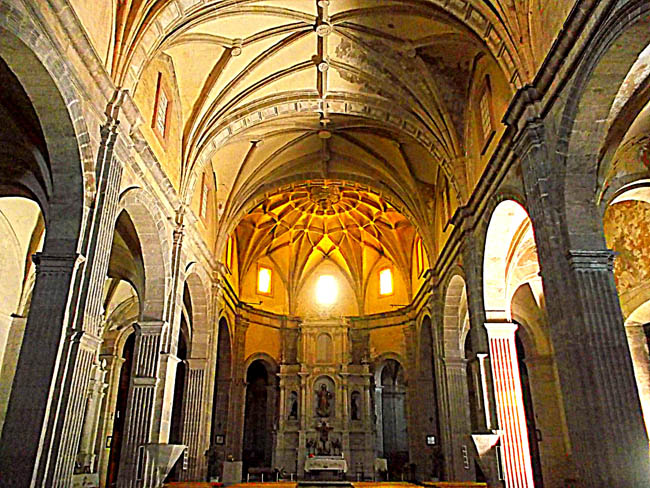 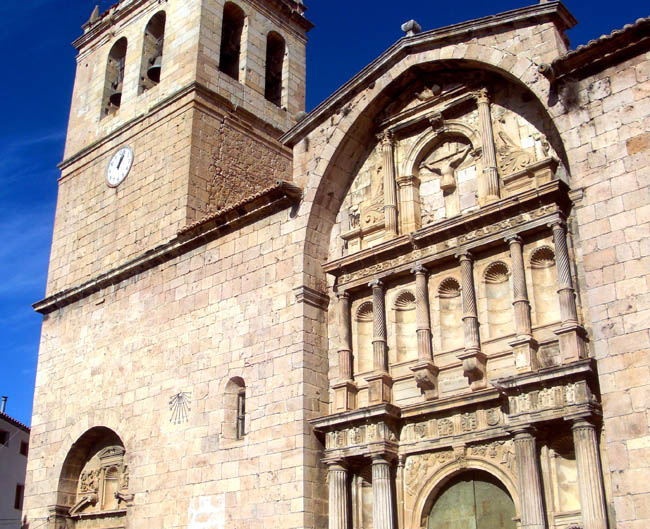 It is from the start of the 17th century It is the most important architectural work of the Renaissance in Castellón.

It is found in the Plaza de El Dau, the main square of the town, touching the old town surrounded by the wall but already outside the wall. At first glance its grandiosity is impressive, in relation to the small size of the houses and the town.

The structure of this grand temple combines Classical-Renaissance language with Gothic reminiscences, which we can find in its beautiful starred cross-ribbed vaults. It is a temple with three naves with an ambulatory, sacristy, chapel and different crypts, some still to be discovered. The majestic 30 meter tall bell-tower and the main gate, as a multi-story façade-altarpiece, where Doric, Ionic and Corinthian order columns overlap surrounding empty niches since the Civil War. We will be able to find remains of the sculptures that used to fill the inside of the temple.

Dedicated to the Ascension of the Virgin, this parish church is one of the best temples from a long architectural episode that Valencian architecture developed from the end of the 16th century to the middle of the 17th century, and from which are good examples in the parishes of Vilafranca, Traiguera, La Jana, Xert and Canet lo Roig, amongst others.

The church has three naves in four sections, each one with an octagonal presbytery and ambulatory, leaving its floor inscribed in a rectangle. The last section of the central nave is closed forming a polygonal apse.

It is unknown who promoted the construction of the building but Vistabella existed in an important economic boom during the 16th and 17th centuries. The management of the work is attributed to Joan Tell and the gate to Joan Anglés, from Tortosa, although this is a dubious attribution. What seems certain is that it belongs, if not to himself, one of the disciples from his school. It is towards the end of the 16th century and the start of the 17th century when it was built. Precisely in 1592 Vistabella passed from belonging to the Order of Montesa, to form part of the ownership of the Crown, being King Phillip II of Spain.

The façade of the temple, as well as the massive and square bell-tower, in front of the main square of the town and is made from ashlar masonry. The main entrance, opening into the third section of the church, is formed by three sections and resembles the altarpiece of the main altar of the Escorial. The first section is made of four Doric order columns, in whose intercolumniations were the figures of the four evangelists in individual niches. The second section is composed of six Ionic columns above pedestals, and the third of Corinthian columns. On the top, two columns support a triangular front that frame Christ crucified, at the bottom of which there were the figures of the Virgin Mary and Saint John. At the two sides Adam and Eve are found. The niches are empty from the Civil War of 1936, although parts of the sculptures that filled them are found in one of the crypts of the church, which are exposed on the inside of the temple. All the figures were positioned to develop a iconographic programme. The façade suffered a fire in 1811.