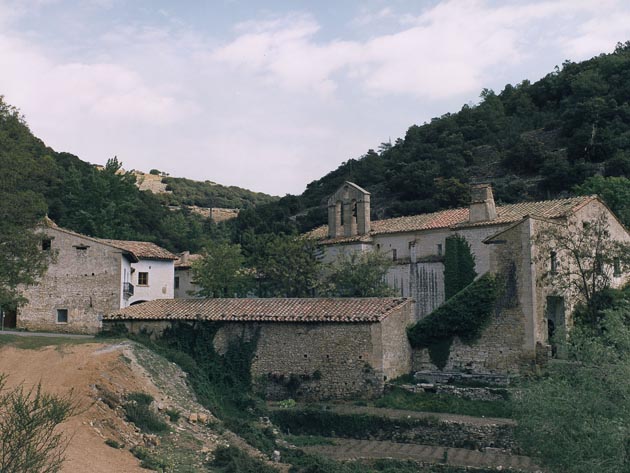 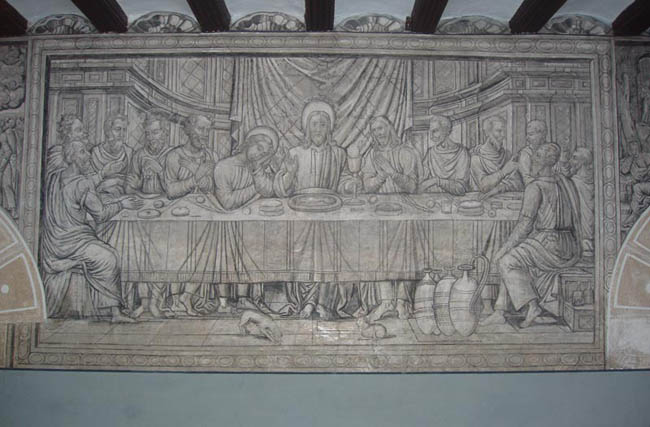 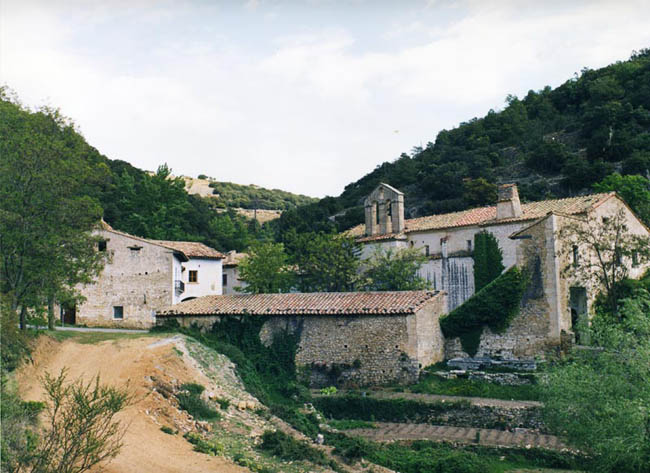 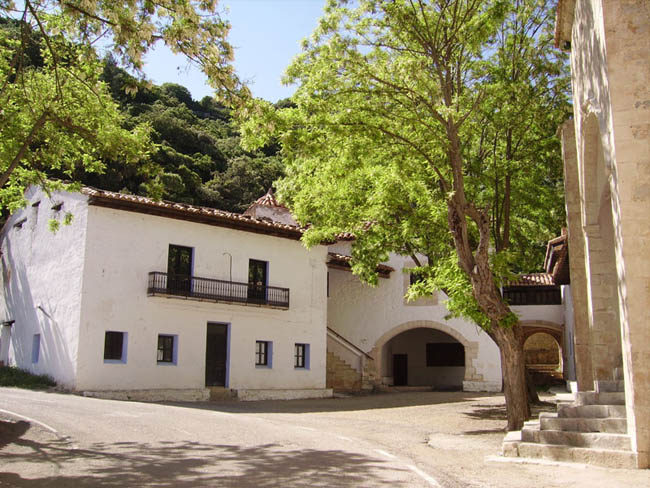 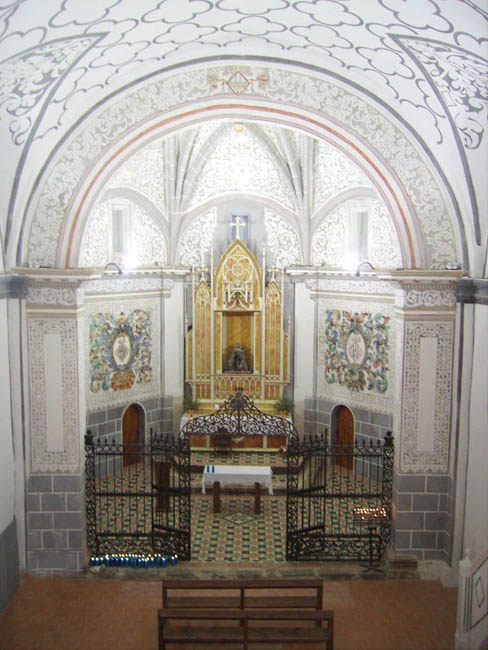 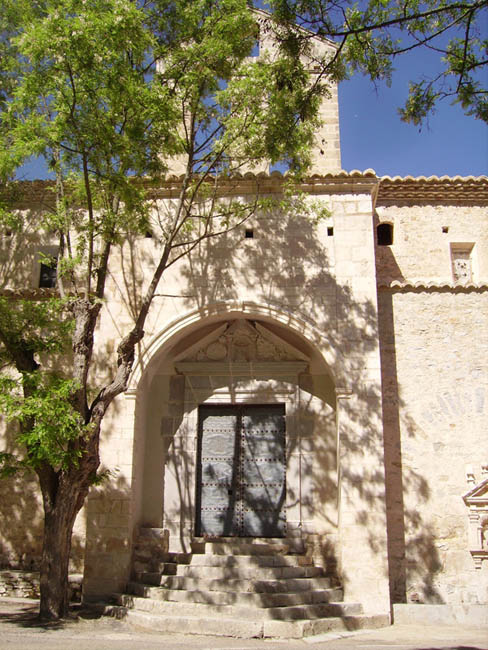 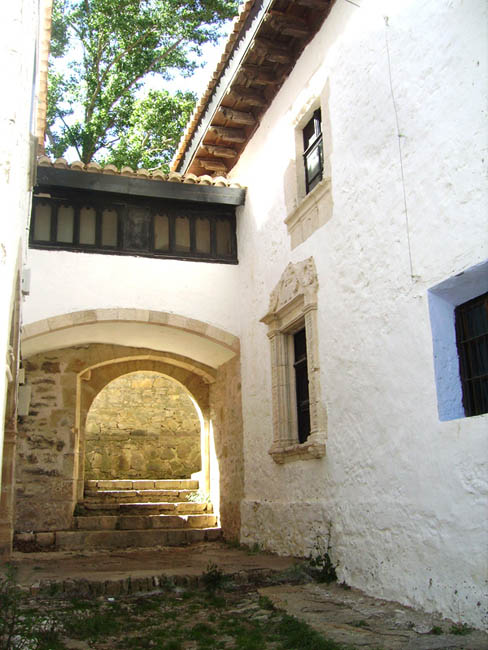 The hermitage is a group of structures comprised of the Church-Inn, the Brotherhood and a Porch.  Together, they form enclosed and defensible grounds which are triangular in shape.  It’s crossed by the road from Ares to Castellfort.

The original small-sized 15th century church is located next to a cave where there’s a natural spring after which the hermitage is named. It went through several modifications until the 17th century when it became what it is today with barrel vaulting and lunettes in the central nave and false cross vaulting in the main sanctuary. It’s a church with a rectangular floor plan, three corridors and a polygonal apse. The entrance is lateral, on the Epistle side to the right. The roof is wooden and gabled. The inn is made up of an L-shaped building which connects to the base of the church. It’s made of ashlar and masonry walls. It’s a rectangular two-storey building built in 1566.

On the inside, monochrome mural paintings stand out.  They represent the lives of Jesus and the Virgin Mary and were painted in 1597 by Cerdá. On the outside, a few stone-carved doors and windows stand out. On the corner of the building, there’s a porch with circular ashlar arches and a door to the back of the gorge. The brotherhood building is not perpendicular to the others; it was the last to be built. The paintings in the main hall stand out.

The facades of this building were modified in the late 19th century by adding forged iron balconies. Finally, the porch and fortified entrance from Ares delimit the grounds.

A 5 km from the town. Following road CV-124 towards Ares, you go right past it.