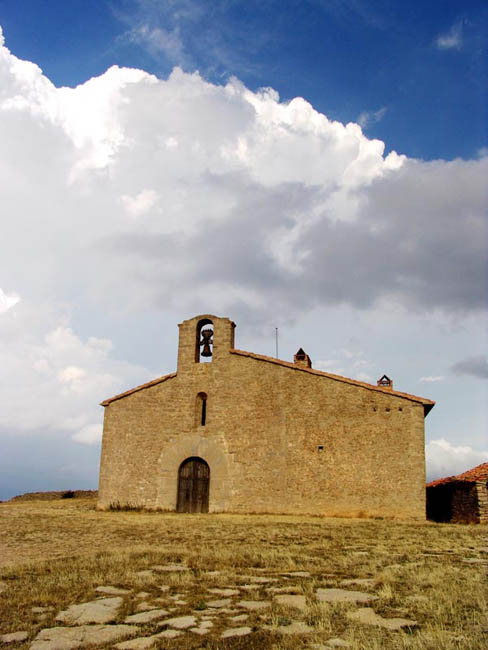 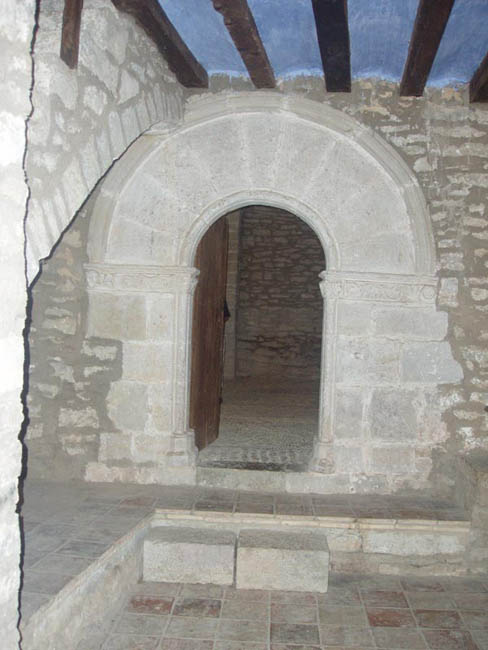 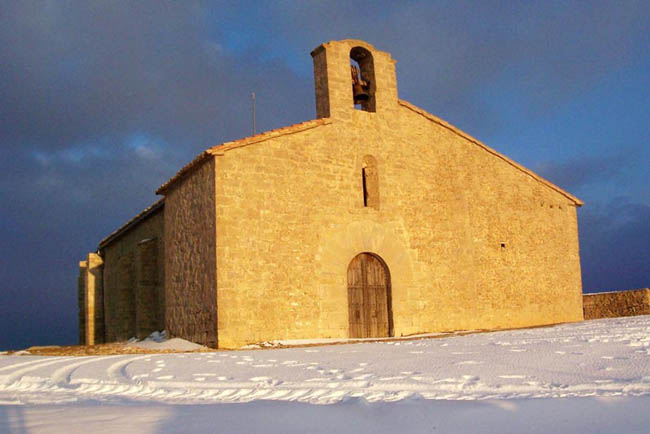 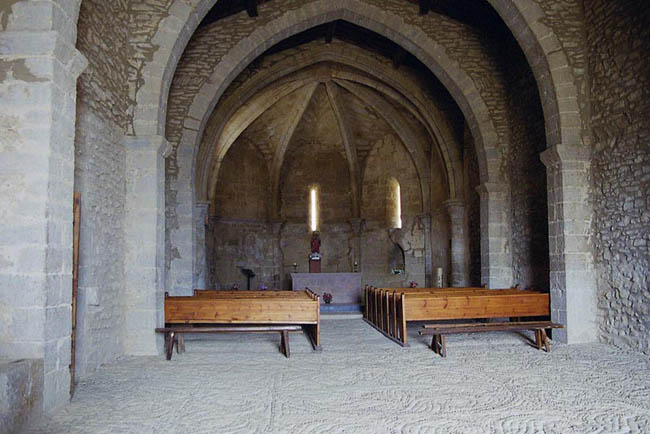 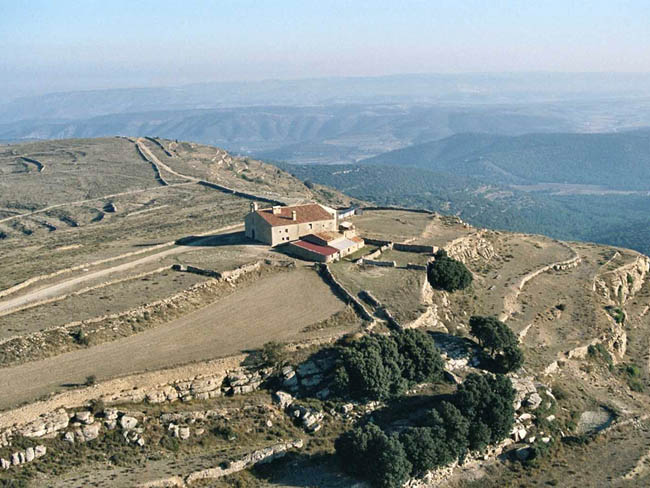 This chapel is outside the town at the highest part of the mountains. Built between the 13th and 14th centuries, an inn was added in the 17th century. It’s a Reconquista chapel; in other words, there’s only one nave with diaphragm arches and wooden roofing. The nave is divided into five segments by pointed arches which are supported on pilasters and half columns. The pentagonal apse is at the chevet with an ashlar cross vault. The brickwork is both masonry and ashlar. Standing out on the inside is the decoration on the pilasters and columns with figurative and plant motifs. The flooring is made with river pebbles, forming spirals. On the outside, the roof is gabled with tiles. There are two large doors.  The oldest is Romanesque and it’s situated on the Epistle side.  It now includes the inn. The door at the base was created in the 16th century (1569) and it’s circular just like the other.  It’s a bit off the facade line due to the construction of the inn adjacent to the chapel. There’s an incomplete bell tower at the base. Next to the chapel are some outbuildings for a stable or pen.