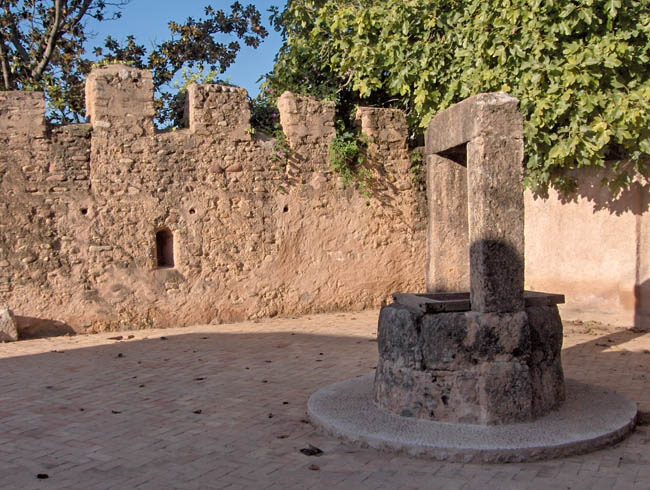 The Castellnovo Cistern is a structure of Hispano-Arab origin, which survived until the middle of the 20th century.
It’s one of the best preserved Islamic hydraulic engineering monuments in the Alto Palancia region. It is believed to have been connected to the castle and is accessed by the street Calle Comandante Pérez through a door formed by a monolithic lintel and framed by rectangular jambs and ashlar. The well can be reached along a steep staircase with some thirty-two stone slab steps.  The well measures around 8 metres in diameter and is about 10.5 metres deep with a capacity for 200,000 litres.  The water was later supplied to the town. Next to it is a small chamber of about 9 or 10 m2, formed by a semi-circular vault which is attached to the wall.  Next to the well is an arch-shaped basin to fill vessels and jugs. It was in operation up until the middle of the 20th century.  A watchman would open the door for the locals so they could get water and control the queue.

The area is currently used during festival week to house the bulls to which balls of flammable material are attached by their horns to be dodged by all the young people in the square.