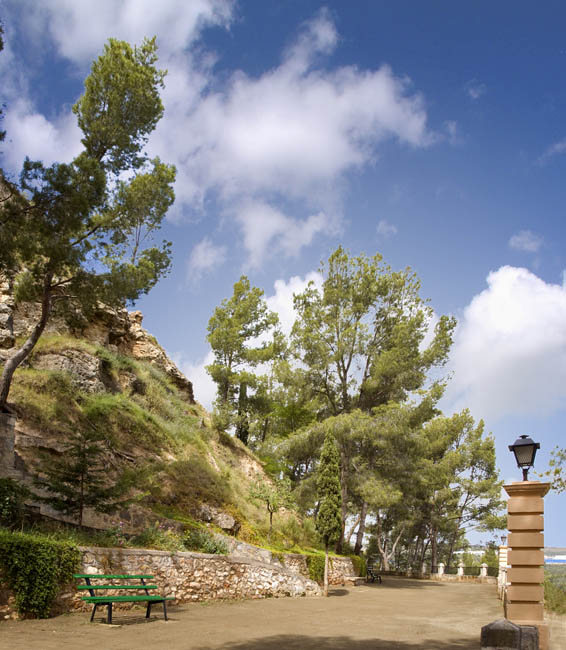 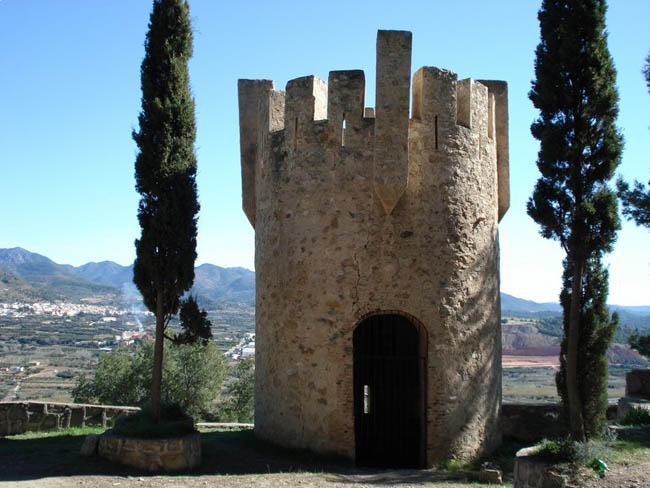 Castle of the Star

Sopeña hill was the centre of power of the Alto Palancia district for more than 1.000 years. It was inhabited only by kings and nobles, surrounded by thick walls, watch towers and armed men for defence. Nowadays, it bears no resemblance to the idealized image depicted on the altarpiece of the High Altar of the Cathedral.

Next to the remains of the last reconstruction made in the 19th century during the Carlist Wars, many old pine trees are solely dedicated to provide shade to a wonderful walk that runs through the hilltop, making it the most privileged place of Segorbe. There is, nevertheless, a substantial difference over the past: there are no kings or nobles fearful of their fate now, just ordinary citizens looking for the caresses of the wind in spring; or the smiling summer shade; or the sound of the slow paces on the autumn leaves; or even the solitude of silence in the winter.

The most ancient archaeological findings, the first human settlements on the Sopeña hill, have been dated to around 1,500 B.C. In spite of the lack of written references to such occupation until the 8th century during the Arab domination, it is assumed that, in previous times, Iberians, Romans and Visigoths would have been in charge of protecting the enclave, considering its strategic location. The Arab domination completely transformed the city: the layout of the narrow and winding streets within the city walls still remain today.

During the 9th century, Segorbe appears as a real walled city, remaining under Muslim power until the second half of the 13th century.

King James I incorporates the city to the Crown of Aragon in 1245 after an agreement with Sayyid Abu Said –former Moorish King of Valencia exiled by his opponent Zayyan- according to which the latter would keep Segorbe in exchange for his allegiance to the Crown.

Under Christian control, Segorbe became the residence of the King of Aragon Martin «the Humane», married to Maria de Luna, Lady of Segorbe. In the 15th century, Segorbe becomes a Duchy. The first Duke was Infant Henry of Aragon and Pimentel, who would go down in history as «Infante Fortuna». In the 16th century, king Alfonso of Aragon and Sicily, second Duke of Segorbe, orders the construction of the ducal palace in Agua Limpia Square, where he moved his residence, leaving his castle forever.

The castle was dismantled over the years and the stones of the walls were used for various constructions: Cathedral, Old Hospital, etc. Its splendour could still be admired until the 18th century. Nevertheless, ruins of a fort built during the Carlist Wars still remain.