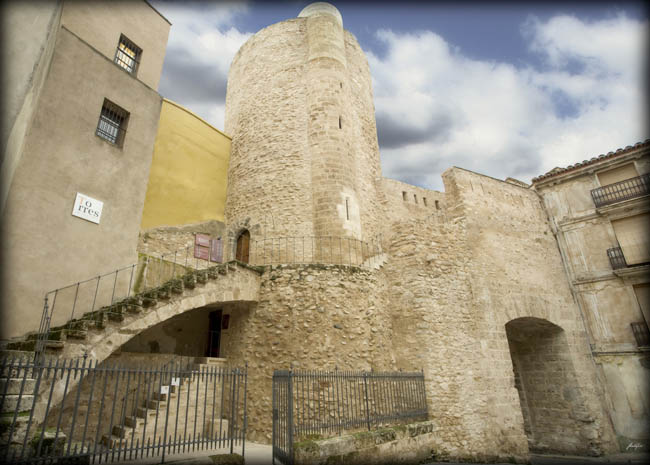 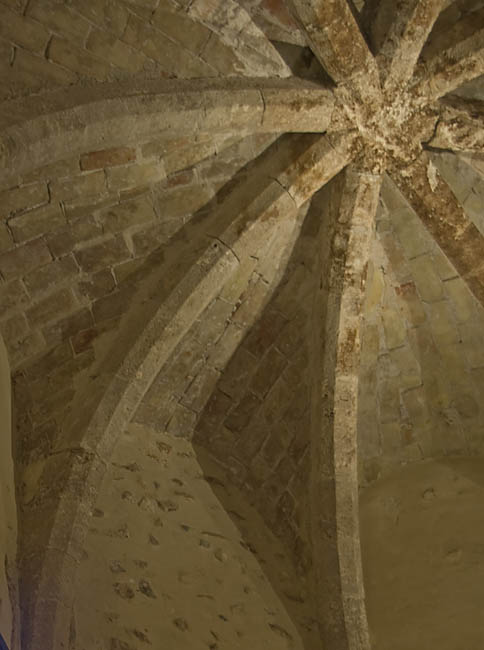 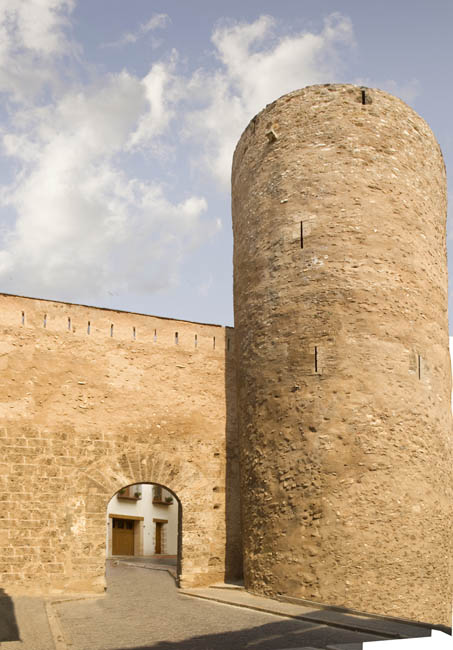 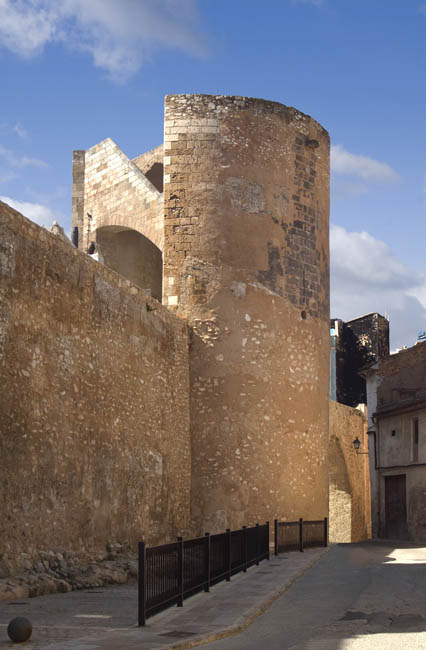 The doors are the weakest parts of the walls. In order to protect them, defensive towers were built on their sides. The clearest example we find in Segorbe is the Prison Tower, located next to one of the old city’s gateway, the Portal of Teruel.
Externally, the tower is cylindrical with a lower body of larger diameter and, probably, more primitive than the former, in which the cells used as prisons are located. The second body has a diameter of 8,70m and it is internally divided into two-story octagonal sections, with cross Gothic vaults, arrowslits and communication to the terrace by a spiral staircase embedded in the wall. Its total height is 21,30m. As well as the nearby Executioner’s Tower, the Prison Tower could be dated around the 14th century.

The Executioner’s tower is a little lower (18,65m) and wider (1,75m in diameter) than the Prison Tower. It is subdivided into two parts: the first is solid (9,90m high), and the second is open towards the inside of the city to avoid any use against the inhabitants. The tower has a cross vault and the upper floor can only be reached by an ashlar staircase that crosses transversally the space open on the wall. An irrigation ditch from the aqueduct crosses the inside of the tower, which is probably named after the nearby executioner’s dwellings.
The construction features seem to date the tower around the 14th century. It was probably built for the battles between the Unionist and Royalist troops or maybe, for those that involved the King of Castile, Peter I «the Cruel» and the King of Aragon, Peter IV «the Ceremonious», in which Segorbe played an important role.