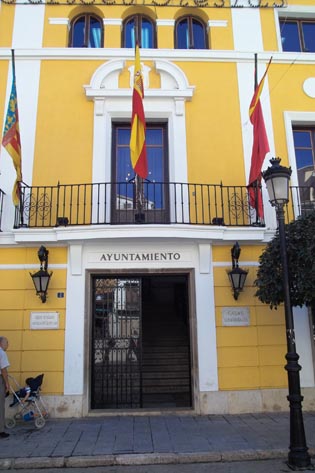 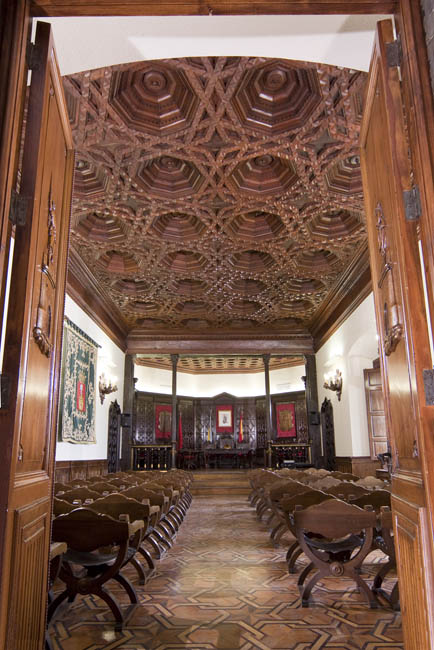 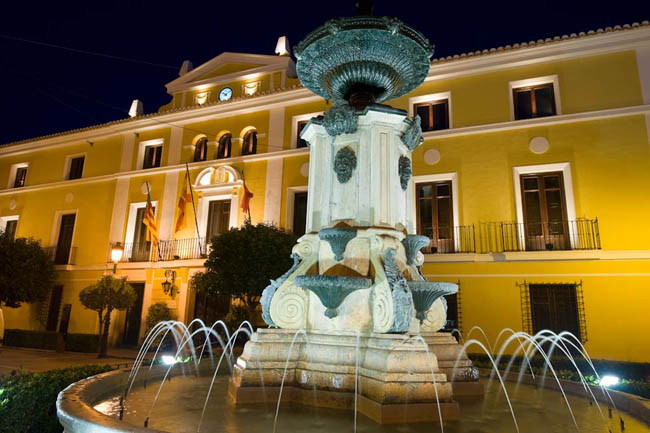 Segorbe’s City Hall is located in Agua Limpia Square, once Palace of the Dukes of Segorbe. It was built in the 16th century by King Alfonso of Aragon and Sicily, and it was bought by the city council in 1864. Two Mudéjar style pieces can still be admired inside: a door with a tracery pattern, and the coffered wooden ceiling of the assembly room, which is an impressive wooden craftwork with octagonal coffers and four-point stars. Both pieces reveal the splendour and luxury that the Mudéjar style had in those days. Three marble and jasper entranceways from Cartula de Valdecristo, in Altura, rescued from the ecclesiastical confiscation instiqated by Mendizábal, can also be seen in the City Hall.

The assembly hall of the Casino of Segorbe, with its Italian style wooden coffered ceiling with squared coffers and eight-point stars, is located just below the City Hall’s assembly room.