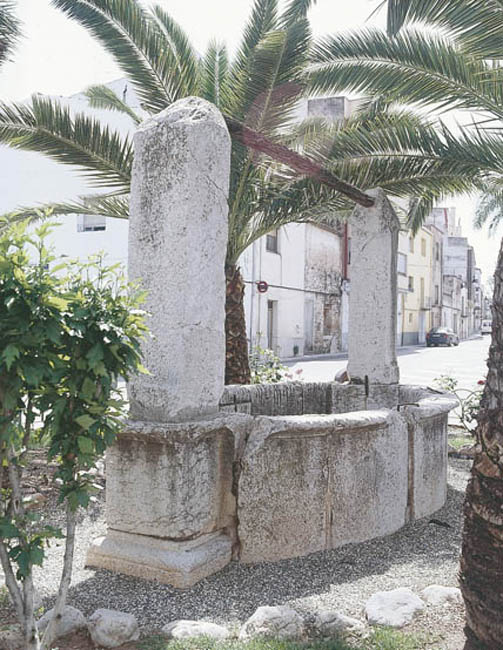 While being part of the local landscape, the water wells are also pieces of the rich heritage of Alcalá de Xivert. We could start with the one built at the beginning of the seventeenth century on Calle Dr. Ebrí on the corner of Plaza San Ramón and which is popularly known as "Pou Ample". Another witness of the times is the "Pouet de Sant Joan", which is in the centre of the square named after it, in the vicinity of the Parish Church. There is another one from the end of the 18th century, located in the "Pla de Dalt" or Plaza Justo Zaragozá. Finally, there is evidence of another well in Alcossebre, which stands like a bastion in the old Renc street, near the Church of San Cristòbal.

Old town of the population that is accessed from the N-340 road.