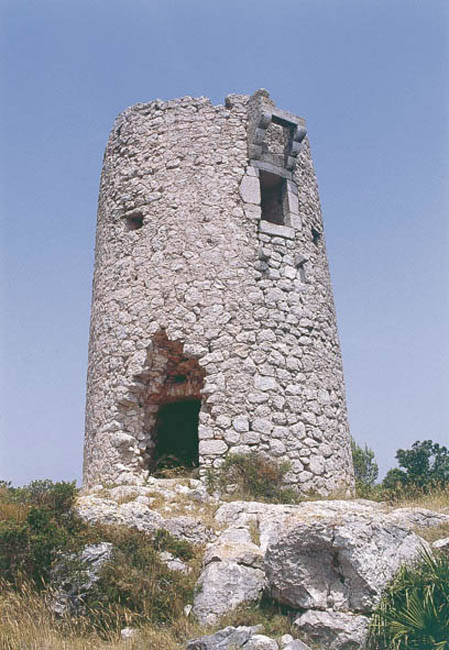 It is a watchtower that was part of the alert and alert system of the castle of Xivert, the origins of which seem to go back to the sixteenth century when the Berber incursions forced to build these towers, so that notice could be given to the populations of the Mediterranean coast, who had been suffering raids affecting the coastal populations with spoils and prisoners for which high ransoms were asked.

It was built on a 5.5 m circular base in diameter, rising up to 8.5 m tall. Inside, visitors can see the remains of the rooms that were accessed through ladders. From there, Peñíscola, Alcalá de Xivert, Torrenostra, Montes del Desierto de Las Palmas and, of course, the entire landscape of Alcossebre can be seen.

On the slope of the Sierra de Irta adjoining the Mediterranean Sea.