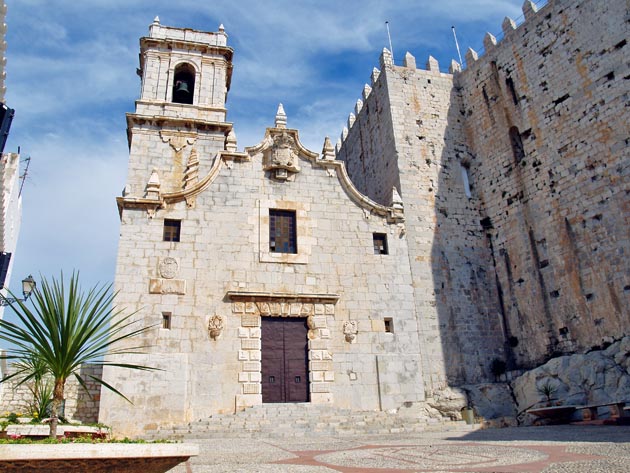 Started not long after the reconquest of the town, the wall of the façade and the façade are intact as exponents of the primitive church of the repopulation. In the middle of the 15th century a fire destroyed the church and Pope Eugene IV, upon the request of María de la Castilla, granted the full indulgence of donations for the rebuilding of the church. At the end of the 17th century the side chapels were covered with bricks and plaster.

Between 1725 and 1739 the temple expanded and transformed, changing its orientation and building a new sanctuary, with a sacristy and Communion chapel, which was finished on 7th September 1743.
The bell tower was built in 1862 based on the designs of the architect Vicente Martí.

This remarkably simple church, dating back to 1234, is a typical example of churches from the reconquest period. It is built on the remains of an old Arabic mosque.

In the Parish Museum superb gold work from the pontifical period can be found.