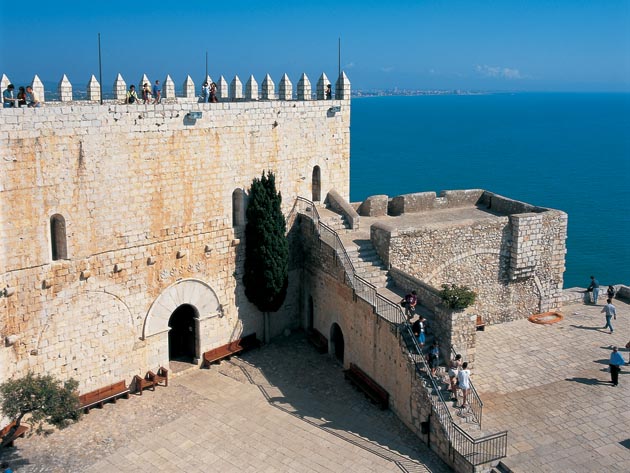 Declared as sites of cultural interest.

Declared as a Historic-Artistic monument in 1931, this is found at the highest point of the rock, at 64 m above sea level and with a perimeter of 230 m.

The castle, which was built by the Templars on top of the ruins of an old Arabic citadel, was reformed slightly under the mandate of Antipope Benedict XIII, transforming it into a papal palace.

The worked stone walls and all of the premises are covered with barrel vaults which act as very simple imposts made out of moulded cordon.

The sobriety and solidity of its construction have always stood out, both during the period of the Templars and in the strategic and complex pontifical dependencies.

Despite the modifications brought about by Felipe II to load the fortress with artillery, and the bombings it suffered in the numerous wars and sieges, the structure of the castle does not appear to be substantially altered.

Only closed on the following days:
1st and 6th January, 7th to 9th September, 9th October and 25th December.