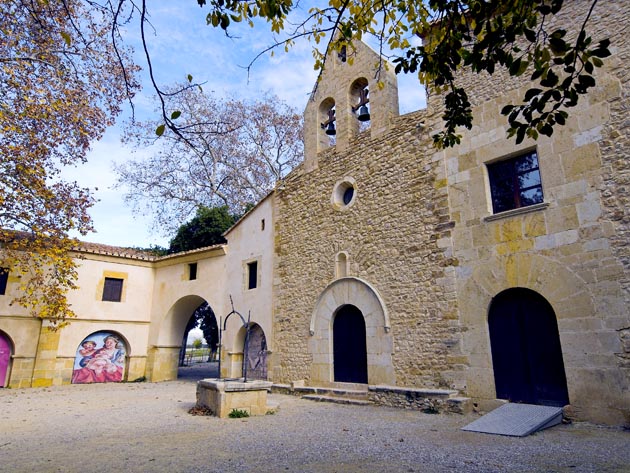 The Hermitage, declared National Historical-Artistic Monument, is located around 3 km away from the population centre, in the intersection of roads of Torre d’En Besora and Vilafranca. The chapel has a single rectangular nave, with three aisles without chapels or crossings, and it has an inviting rood screen at the entrance. The church used to welcome pilgrims that every 29 June wanted to receive the plenary indulgence already granted by Pope Urban VIII to those who went to confession and received communion on Sant Pere i Sant Pau Day. By the end of the 16th century, the construction of the hermitage chapel began, right next to the original chapel, extended in the 18th century by adding two arcade side wings. It is structured around a central atrium, with an arcade design. The garden can be accessed by an exit through a semi-circular arch door and a prominent wooden eaves. From the atrium the temple, the kitchen, the funnel and ancient stables can be accessed. Through the Gothic-Catalan style stone stairway the upper premises can be accessed, where the meeting room is located; they are also stone built and have wooden ceilings. Both in the stairs and in the room there are monochromatic wall paintings, grisailles dating back to the first third of the 17th century, illustrating scenes from the life of Sant Pau and other additional and allegorical subjects. An immense ivy on the access arch of the hermitage square constitutes a unique natural monument in the Region of Castellón.

Located about 3 km from the town centre, next to the road from Castellón to Vilafranca.