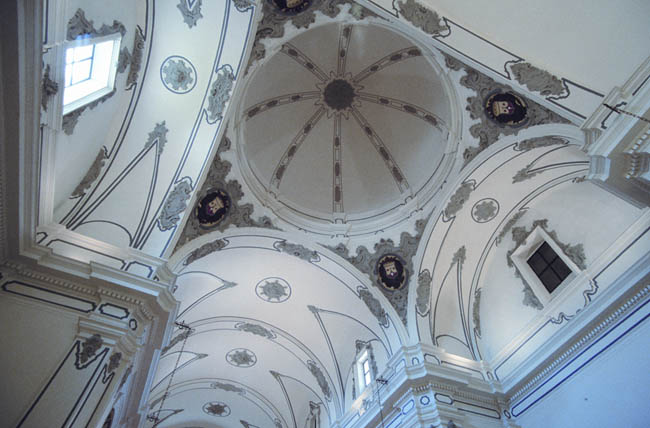 Local aristocrats Pedro Juste and his wife Francisca Gozalbo bequeathed their immense estate in their will to the foundation of a convent for Discalced Carmelite nuns, the daughters of Nules families who would dedicate themselves to caring for the poor. The large economic legacy was enough to build the convent and maintain it.

Construction began in 1718, one year after work concluded on another Carmelite convent at the other end of the city. According to the plans, they would have been very similar. The interior decoration is also similar to the decor in the Chapel of Solitude, which would indicate that the two buildings were worked by the same master builders and craftsmen. The work was carried out slowly and the building was affected by the Expropriation before the arrival of the Carmelite nuns. A portion of the building was passed into private hands, another was retained by the Bishopric and yet another was donated to the Congregation of the Helpless Elders of Valencia. Thus, the building was eventually used for secular purposes such as for an inn or stables, which led to an even greater deterioration.

In 1954, a historical memory recovery decision was made in relation to the old convent with the portions owned by the Helpless Elders of Valencia and the Bishopric returned. However, this did not occur with the private portion, which was turned into a block of flats. Contributions from the faithful made it possible to clean up the church, which was dedicated to the Immaculate Conception.