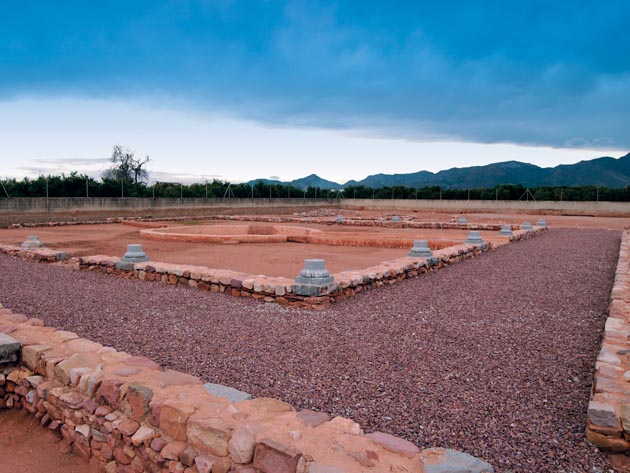 An important Roman villa which was also a farm and residence.

It’s located in the area surrounding the city among what are now orange groves, some 2.5 kilometres from the current coastline.

The archaeological site of the Roman villa of Benicató was discovered in 1956 when archaeological excavations revealed the remains of a large rural mansion with a spacious porticoed courtyard.  In the centre, there’s a big circular basin to collect and distribute rainwater. The different residential rooms are distributed around the courtyard as well as others dedicated to domestic industry. Two of the rooms were decorated with stucco and mosaic floors and were equipped with an extensive hypocaust heating system.  The remains of a press as well as various dolia were found in the rooms dedicated to the domestic industry.

The remains found indicate that it would have been inhabited between the 1st century BC and the 4th century AD with a period of splendour in the 2nd century AD.