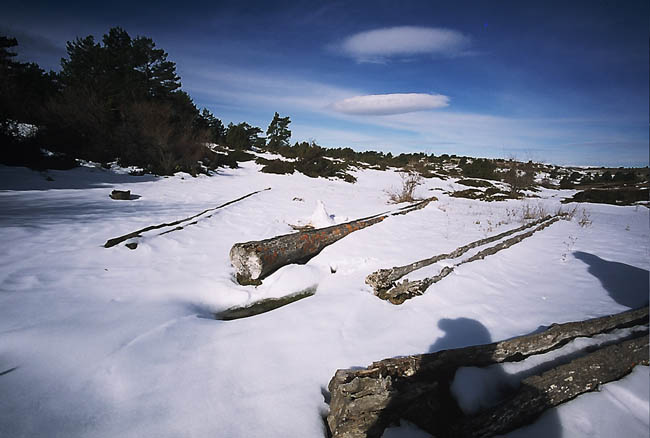 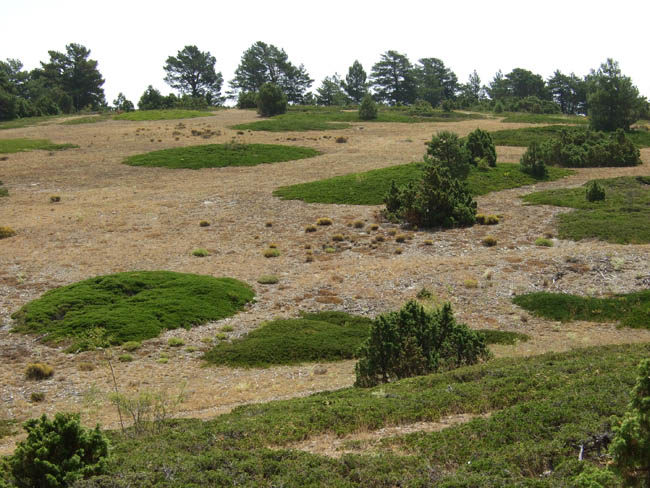 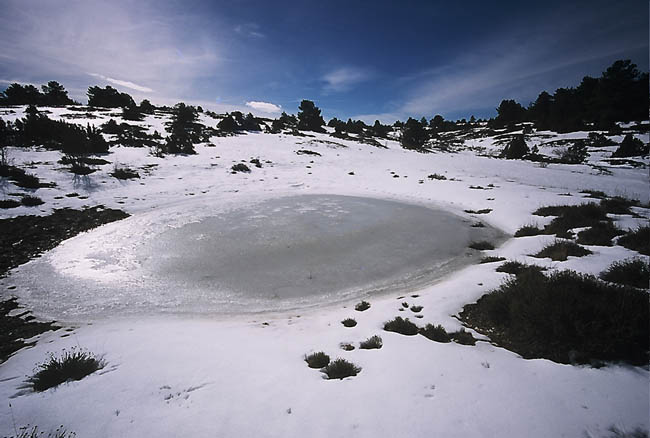 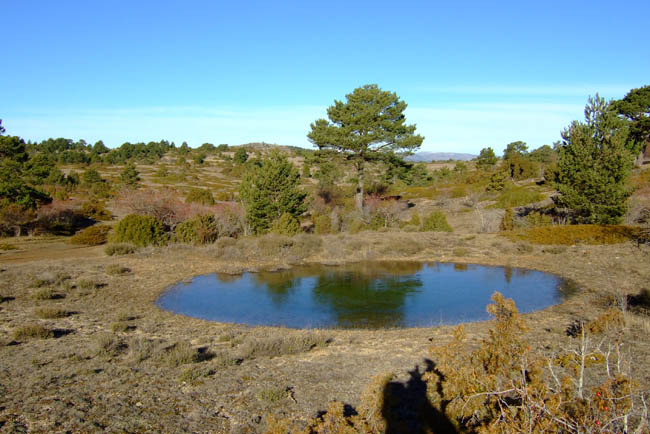 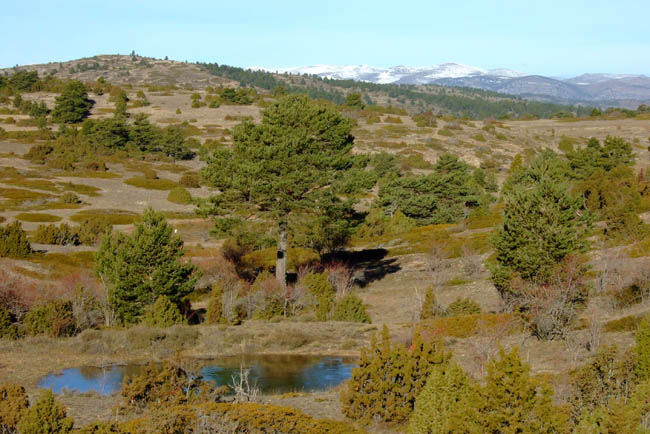 Declared by Agreement of the Government Council on 5 November 2004, El Pozo Junco Municipal Natural Park, with an area of 7.05 hectares, it is located in the municipality of El Toro in the province of Castellón.

“El Pozo Junco” Municipal Natural Park, very close to the border with the province of Teruel, it is located on a plateau in the Sierra de Javalambre, at 1,558 metre above sea level, flanked by the “Pozo Junco” and “El Toro” ravines. The “creeping” landscape of the Park, motivated climate of cold winters and strong winds, allows us to admire Javalambre and El Toro sierras on the horizon.

The protected space has a vegetation typical of the highest mountain areas in the centre and East of the Iberian Peninsula in which the creeping juniper stands out,  a predominant formation in the Park included within the endemic Mediterranean forests of Juniperus spp. and representing an ecosystem of high interest in the Valencian Community. The so-called “horizontal forests”, in addition to creeping juniper (Juniperus sabina), are made up of isolated examples of Spanish Juniper (Juniperus thurifera), black pine (Pinus nigra) and junipers (Juniperus communis) together with pulvinular thicket in which a good number of plant endemisms are represented.

The fauna, is characteristic of medium-height mountain areas with bird species such as the common rock thrush (Monticola saxatilis) or, during the winter season, the yellowhammer (Emberiza citrinella) and the dunnock (Prunella modularis) are the most interesting. It is common to observe numerous species of thrush during the passing season. Moles (Talpa sp), common voles (Microtus arvalis), garden dormouse (Eliomys quercinus) and other micromammals represent the trophic base for carnivores such as the weasel (Mustela nivalis) and the common genet (Genetta genetta). To a lesser extent, reptiles such as the ocellated lizard (Lacerta lepida), the Algerian psammodromus (Psammodromus algirus) or the Spanish psammodromus (Psammodromus hispanicus) also enter the diet of the predators present in the Paraje.

In terms of the cultural value, “Pozo Junco” should be mentioned, a well-trough used to give water to the livestock that gives its name to the Municipal Natural Park in which it is found. This entire surrounding is very appreciated by hikers and cycle-tourists that start numerous routes from this point that run through the Javalambre and El Toro sierras as well as the Palancia valley.

Level of protection:
Declared a Municipal Natural Site by the Council of the Generalitat Valenciana on 5 November 2004.