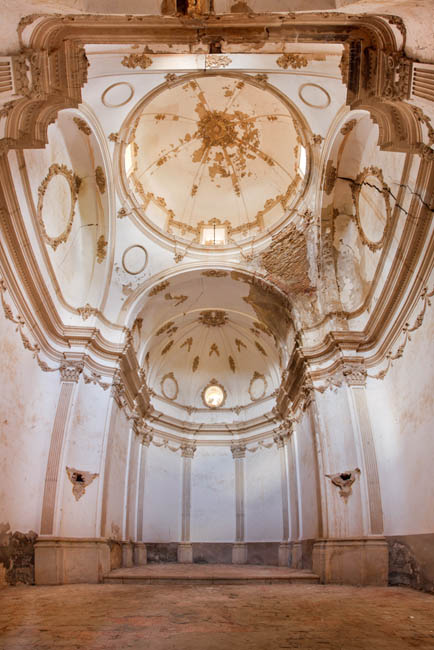 Our Lady of the Angels Chapel

According to tradition, the devotion to the Virgin of the Angels dates back to the late 14th century when two muleteers from Levante arrived in La Jana with a mule carrying an image of the Virgin.  The locals wanted to buy it but were not successful. However, as the muleteers left for Sant Mateo and reached the first olive trees, the mule refused to go any further and returned to La Jana. It was then when the Holy image was brought to the chapel and has been venerated since.

Our Lady of the Angels Chapel is an uncommon example of the Valencian Classicist Baroque style. The layout is comprised of two areas, the first is square-shaped much like a Greek cross whereas the second is shaped as an octagonal apse. A restoration project to recover it is currently under plans.