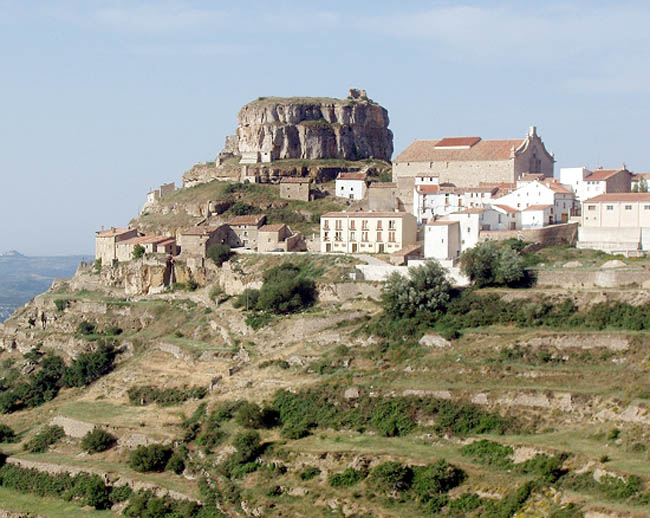 Remains of the old castle on the “spring” presiding over the village and which has Arab walls and Iberian vestiges.

The Ares del Maestrat Castle was the first site in the ancient Kingdom of Valencia conquered by King James I (in 1232). Due to its strategic location, this castle has always been a firm bastion for warriors with the old walls flanking the ascent and a watchtower up high that was used for the last time in the 1936 Civil War.

All the way up on La Mola lies the “sobirà” grounds with an 8 m diameter tribute tower in ruins. On the left side of the peak is the “piqueta dels moros”, a cleft in the rock to collect water. On the way down is a lower “jussà” step that would have been home to the primitive population and the entrance bastion with a semi-circular tower and cave excavated in the rock which crosses the rock from one side to the other for a length of 43 m.