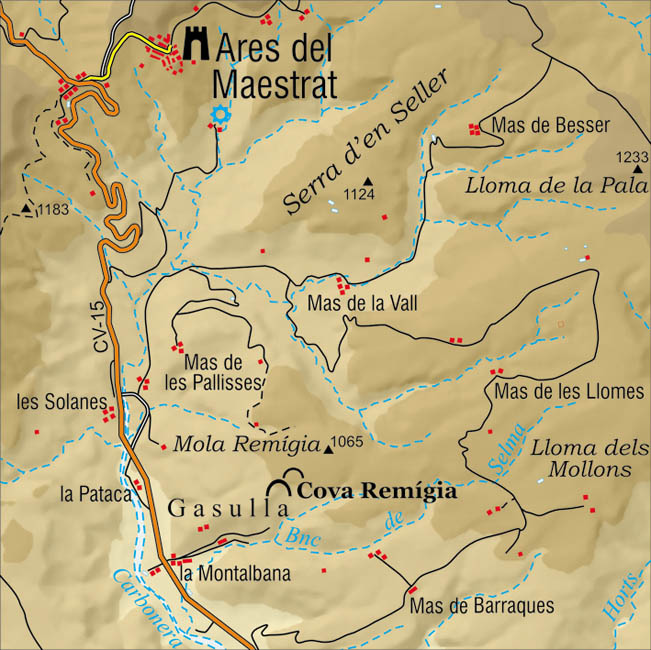 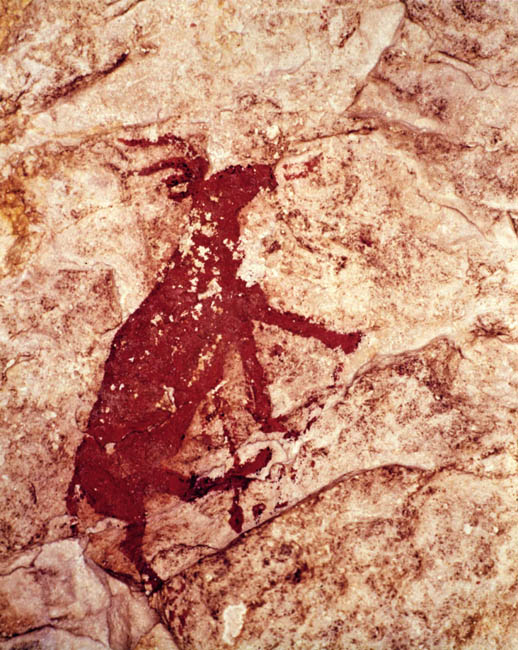 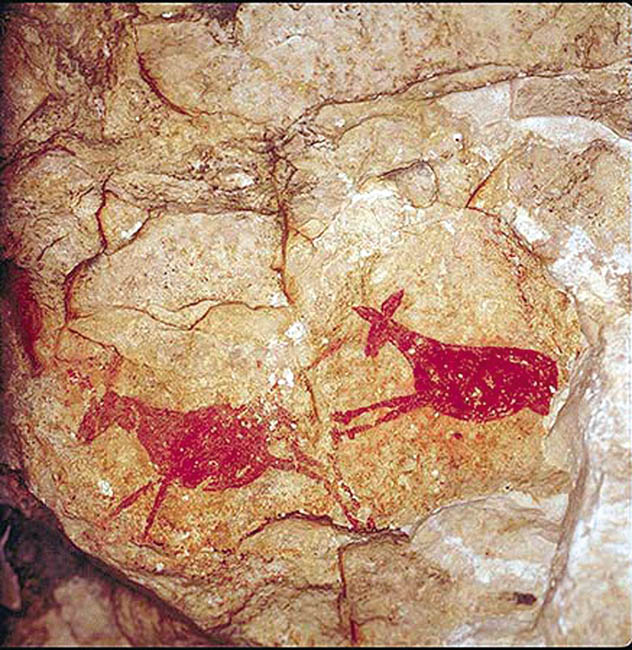 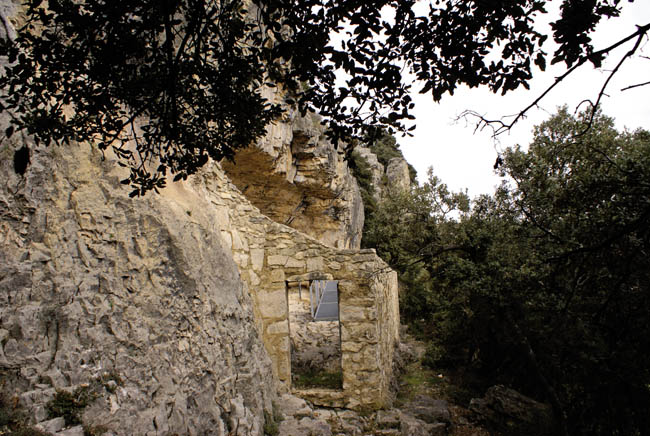 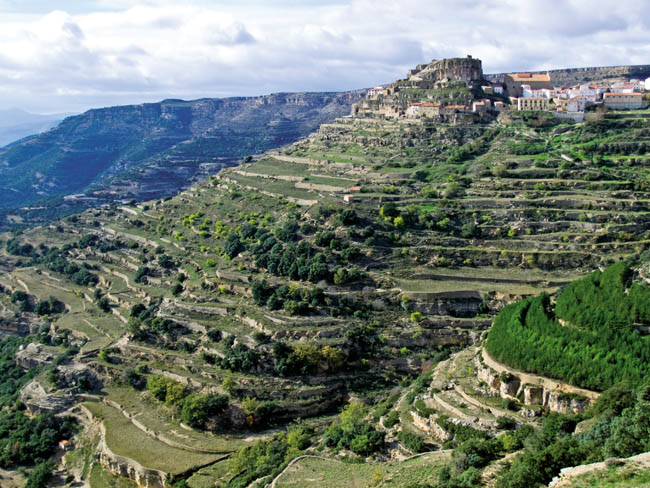 With more than 750 figures with different themes, it is a very unique space with Levantine cave art. In this cave up to 7 different eras have been dated, which indicates a very long use in time. The paintings were discovered during a hunt in 1934, although the Cova Remigia had already been used as a sheepfold. Hunting scenes predominate, with representations of goats, wild boars, bulls and deer in different attitudes; wounded by arrows, leaving a trail of footprints, showing the details of their antlers, climbing over the rock ledges and running or waiting. The scene of the wounded bull chasing an archer is impressive, or the character running wounded by arrows. Other scenes show the mating between a couple, ritual scenes of initiation, with characters dressed and "disguised" and a very disturbing scene of the execution of a character by a squad of archers. We can also see painted beehives and some honey collectors climbing through the cracks. The archers or warriors present dynamic attitudes, stylised bodies, robust calves, realistic features and a mastery of the scene shared with the fauna they hunt. The cave is located at 920m high on the Gasulla Ravine dominating the El Maestrazgo landscape from Ares to the north and to Benassal to the west.

This town surprises the traveller due to its location, almost impossible, of its beautiful medieval urban centre with large houses, gateways, wall canvases and the remains of an important castle from where Jaime I initiated the conquest of Valencia. In its municipal district, not only the cave paintings are worth a visit. The old Font dels Regatxols snow well of the has recently been converted into a museum. It is one of the best examples of the snow and ice trade in the Valencian Community. Also worth visiting are the Barranc del Horts, a majestic and very old oak forest of incalculable natural value, and the Barranc dels Molins, with 5 restored old flour mills from the  18th century.

On the way back to Are, we highlight the Asunción parish church (18th century) and nearby the Town Hall building and "El Perxe", where the market used to be held, from there we can walk around the town centre or go up to the ruins of the castle from where there is a magnificent view of the landscape of plateaus and terraces surrounding the town.