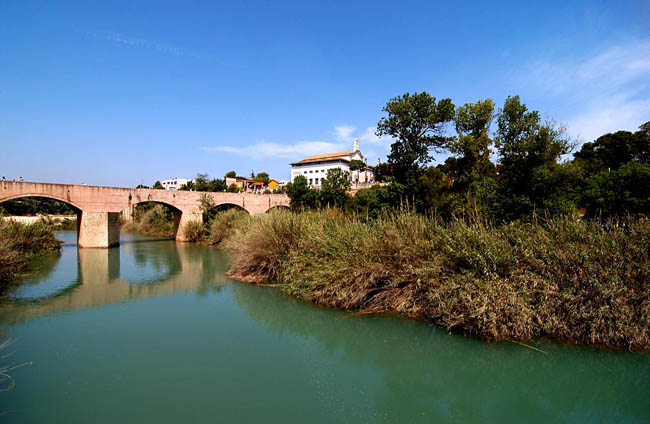 This bridge is civil engineering work of great importance not only because it’s contemporaneous to King James I, but also because it’s a unique example of a Gothic bridge in the Comunidad Valenciana region.

A resident of Vila-real, Pere Dahera, built it in the 13th century with authorization from James I on 18 April 1275. One of the frequent flash floods destroyed it in 1581.  Upon being re-built, a cross was placed in the middle of the bridge; it was destroyed by lightning in 1652, an interesting fact that is reflected in an inscription on the base of the stone that can still be read today.

Over the River Mijares between the towns of Almassora and Vila-real.