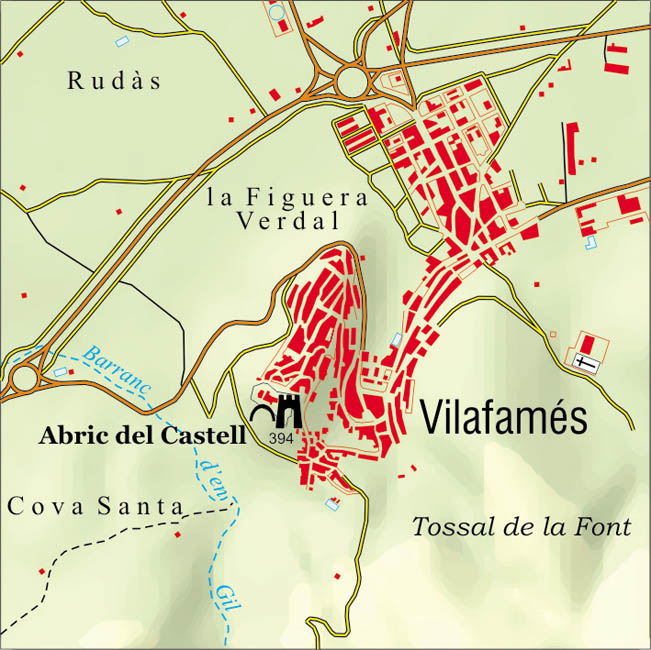 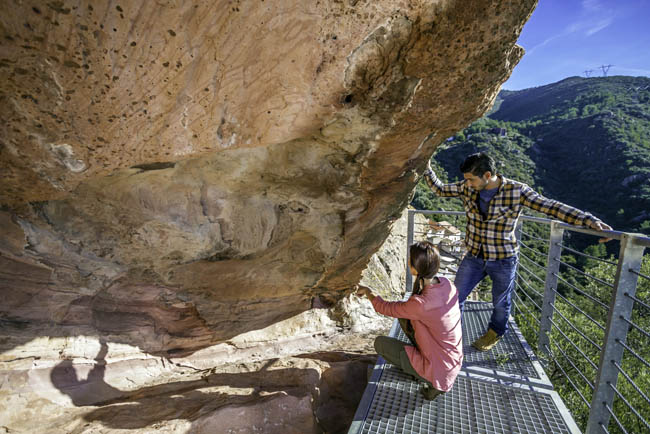 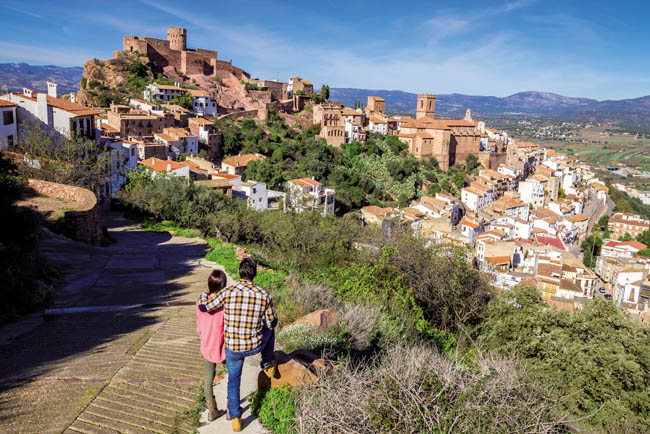 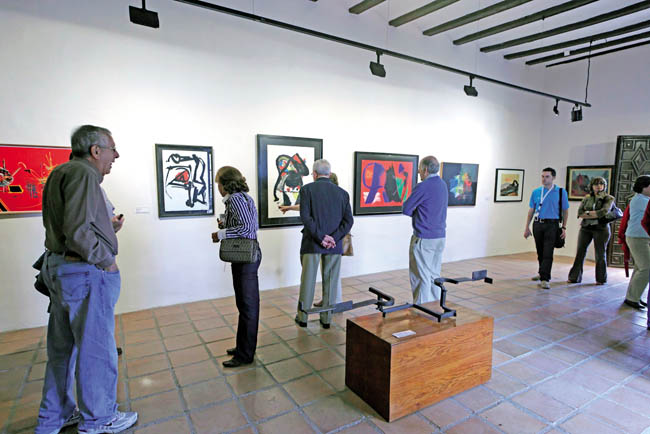 The Castell cave houses one of the most interesting sets of schematic cave paintings in the Valencian Community. The paintings are located in a small rocky concavity, facing west, at the top of the current Castillo de Vilafamés; it is five metres long and two metres deep. The supporting rock, red sandstone, is the same mountain geology where the medieval settlement is located. The paintings are dark carmine and yellowish white, all located in the lower part of the cave's peak. There are a total of fourteen figures that correspond to signs and symbols of a schematic and abstract type, composed mainly of linear lines, points and also fingerings. There are only two figures corresponding to human stylisations that are located near a representation of a fish. The most characteristic sign is a spiral made by means of a thick line, which draws a circular space, tangent on its lower part to another figure that extends downwards, with two points, and which has been interpreted as a solar representation. A set of schematic signs attributed to a timeline in the Neolithic period that are likely to extend to the late Neolithic/bronze age.

A tour of Vilafamès takes us from the Plaça de la Font, passing by the imposing "Roca Grossa" to the Town Hall and from there to the Museum of Contemporary Art in the Palau del Batlle  (14th century). In the Quartijo, a primitive medieval centre, we find the medieval La Sangre church and the old Casa de la Vila. From the Iglesia de la Asunción (16th century),  we can admire the Mediterranean landscape that extends through the Pla del Arc.