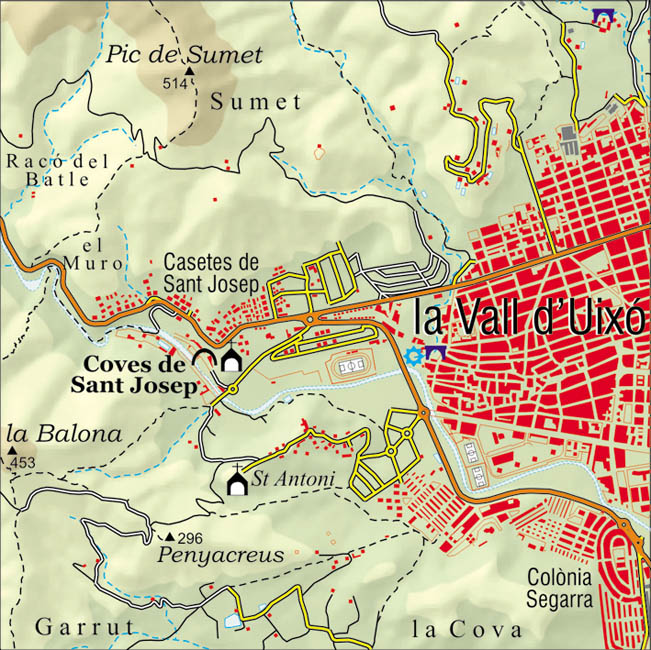 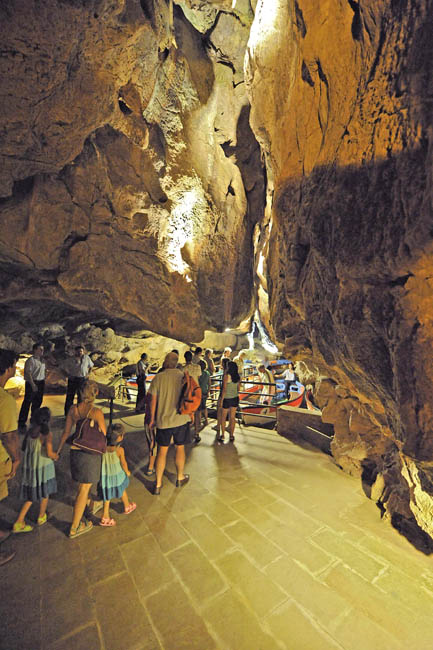 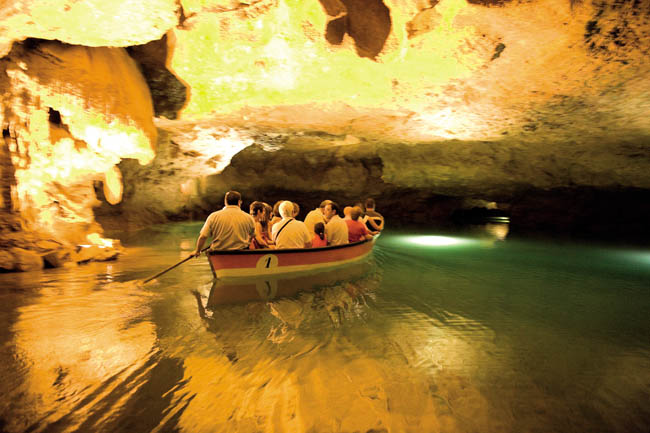 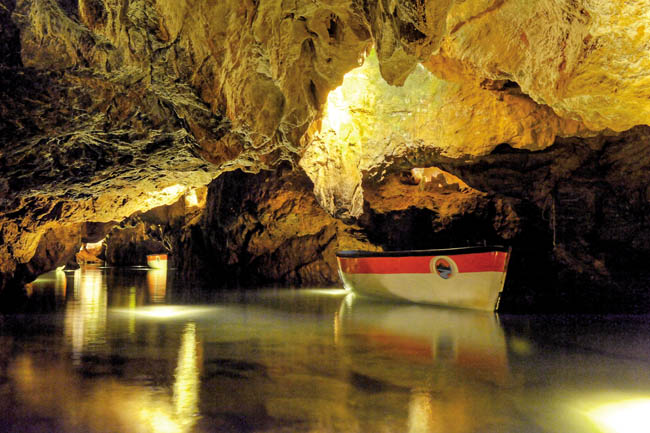 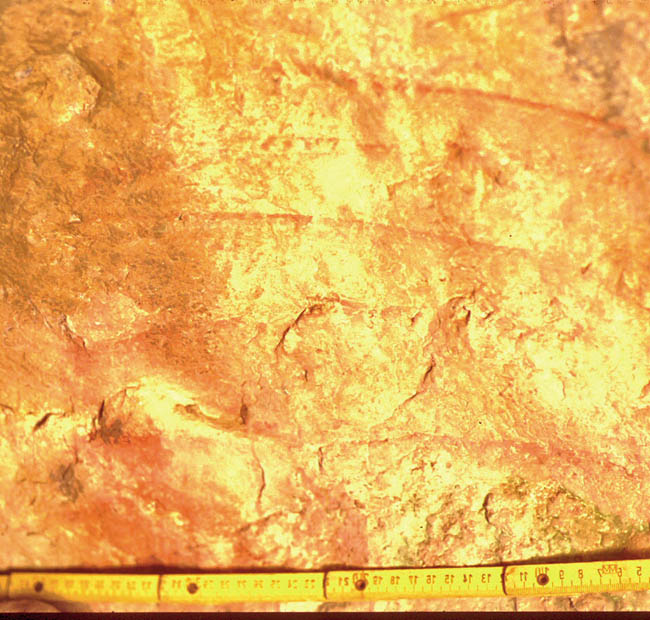 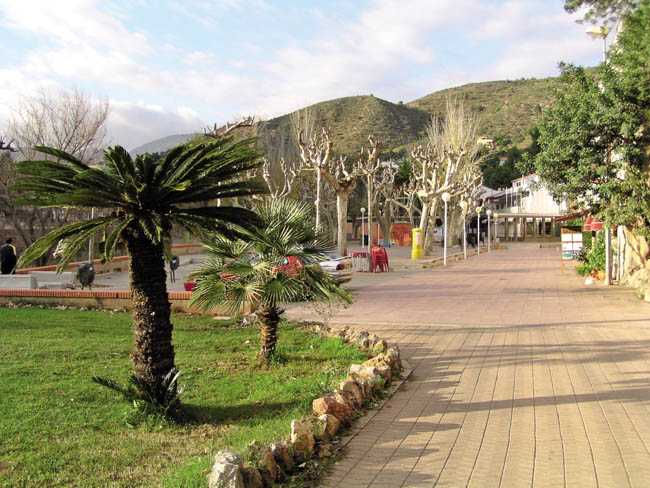 It is located at the entrance of the Cova de Sant Josep, in the passage which accesses the jetty, to the left. This is two rock panels that preserve two representations made with red paint. In both cases, they are made from thick lines that make up schematic-type figures. In one of the panels, a "meandering", a line
that could represent the same river. The other motif contains thick lines that intersect and are accompanied by some red spots. Both representations are included within what is called "Schematic style", and for the moment, it is not possible to specify their chronology.

They are located inside the Subterranean River of the San José Caves, a natural cave that goes into the Sierra Espadán mountain range for more than 2 kilometres. An important Palaeolithic site at the entrance or the Iberian village located in the elevation above the cave indicates that the cave was already known 17,000 years ago. It is the longest navigable underground river in Europe and a boat trip will allow us to discover fantastic geological formations such as stalactites, stalagmites, columns, siphons, ... of great beauty.

This town in La Plana Baixa has an important monumental heritage of which we the Arab aqueduct, the parish church of Santo Ángel (15th-18th centuries)  and the church of La Asunción  (18th century) stand out. The site of the San José fountain, with the longest navigable underground river in Europe open to the public, is one of the most spectacular places in the Valencian countryside. The place has numerous tourist facilities that are complemented by the “Sant Josep” chapel located on a hill next to an old Iberian village which can be visited. The festivals calendar in La Vall d'Uixó extends from April to October, with the "bou de carrer" as one of the main protagonists.