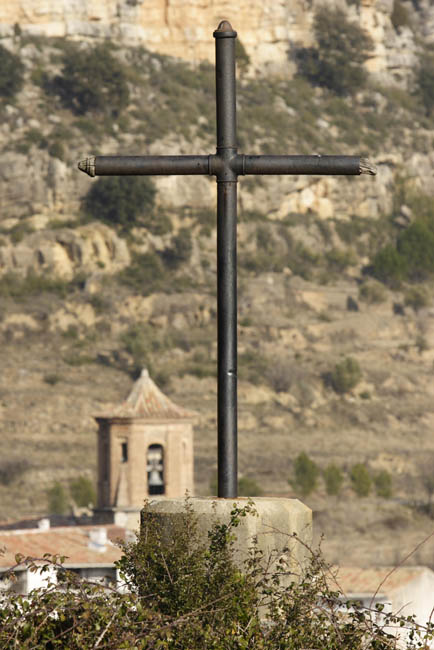 Between 1411 and 1414, some of the meetings that brought King Ferdinand, Benedict XIII and the saint, Vincent Herrero, to Morella were held in this church.  These meetings led to the division of the Catholic church known as the Western Schism. Those historical events and the importance of the city of Morella, which included Vallibona, fostered the wealth that the parish church would eventually hold and, specifically, the work in the medieval roof. It rests on stone diaphragm arches. Made of polychrome wood, the painting features bright colours including red, yellow and green. Noble coats of arms, courtly scenes, biblical representations, anthropomorphic animals, flowers, Kufic script, etc. are all found in this workmanship that has been considered one of the most relevant in Spain and even in Europe. Another valuable element of the church is the 1791 organ.  Although movable, it’s inserted in the structure.