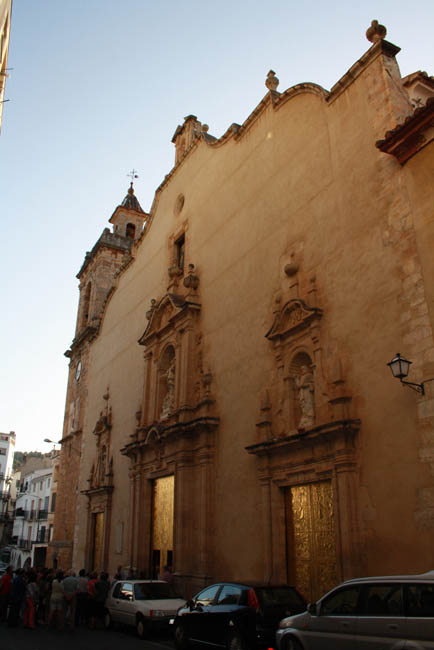 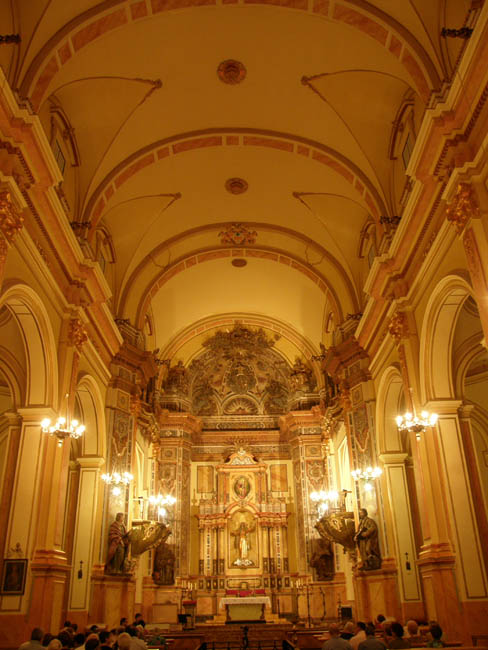 This church is situated in the town’s main square, and forms part of the architectural ensemble which includes the square’s fountain, the recently refurbished bell tower and medieval porches. It is a Baroque style construction built in 1715 on top of a previous, smaller church that became too small as the town expanded. It consists of a central, large nave, and two smaller side ones. Inside, the town’s patron saint, Nuestra Señora de la Asunción, looks over the Baroque style high altar. The Baroque style side chapel is dedicated to the town's other patron saint, San Hermolao. The parish museum located in the crypt inside the central nave is also important, and it holds various noteworthy gold and silver artworks. A Gothic processional cross from 1420 and a 16th-century altarpiece dedicated to San Antonio Abad are some of its highlights.