Penyagolosa Natural Park A must see for hikers 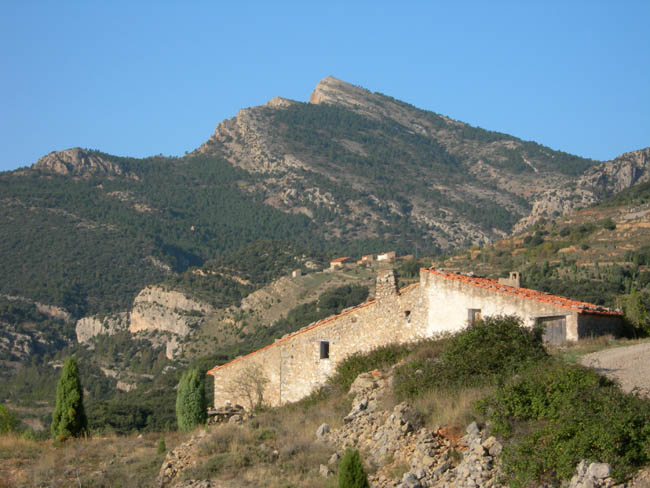 Penyagolosa is the outstanding summit for the people of the region and the area is very popular with hikers.

With an area of 1,094.45 hectares, the nature park includes the Sant Joan de Penyagolosa Mount, the highest peak (1,814 meters) which is considered the roof of the Valencian Community par excellence, only surpassed by the Alto de las Barracas (Calderón hill).

The Sant Joan sanctuary receives five pilgrimages every year, among which one comes from Teruel province and another from Les Useres.

Penyagolosa is the outstanding summit for the people of the region and the area is very popular with hikers. Its peaks, hills, paths and even cliffs have been a part of the lives of many generations of mountaineers.

Predominantly pinewoods, of red and black pine, but also including maple, lime, oak, holly, wild apple trees and yew trees, which represent the largest forests of these types of trees on Valencian soil. On the rocky outcrops of the highest areas you can find rare plants, among them is the Cavanilles geranium, named after the Valencian botanist by whom it was discovered.

Among the wildlife, of particular interest is the large number of birds of prey, especially the Golden Eagle. Over the past several years, we have seen an increase in the number of vultures. Among the mammals, there is the Mountain Goat and small insect eating animals such as the shrews and voles. In the woods you can find various types of birds, such as the Red-billed Chough. The Apollo butterfly and the Spanish Moon Moth, both important species, are found here.

Located between the municipal areas of Vistabella del Maestrat, Xodos and Villahermosa del Río, it occupies a central position and is the centre of a cultural tradition which is typical of the whole region.

DECREE 50/2006, of April 7, of the Council of the Generalitat Valenciana, concerning the Declaration of the Penyagolosa Natural Park.