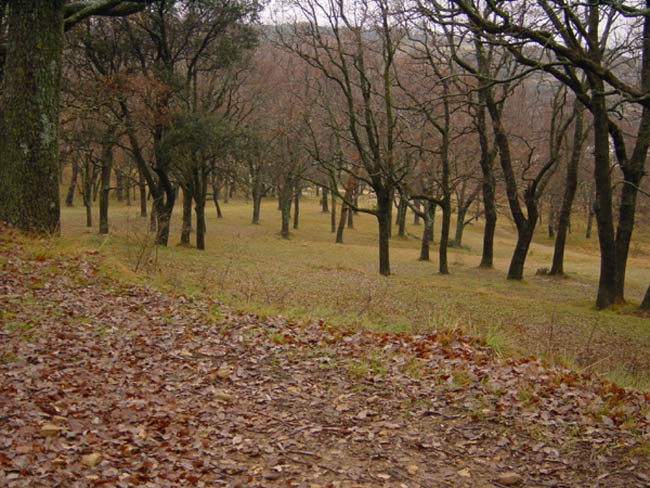 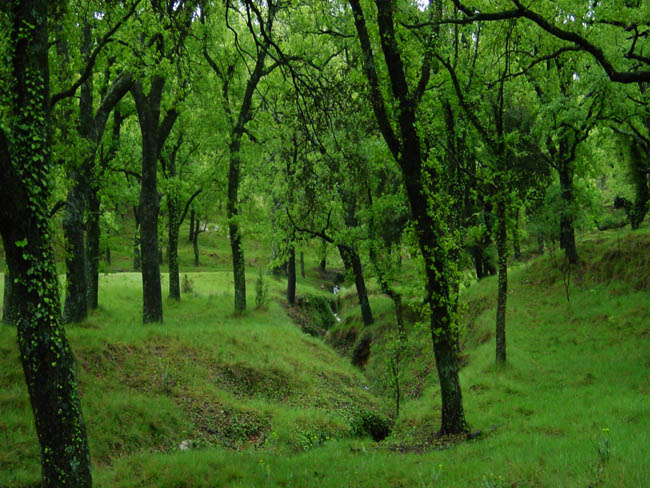 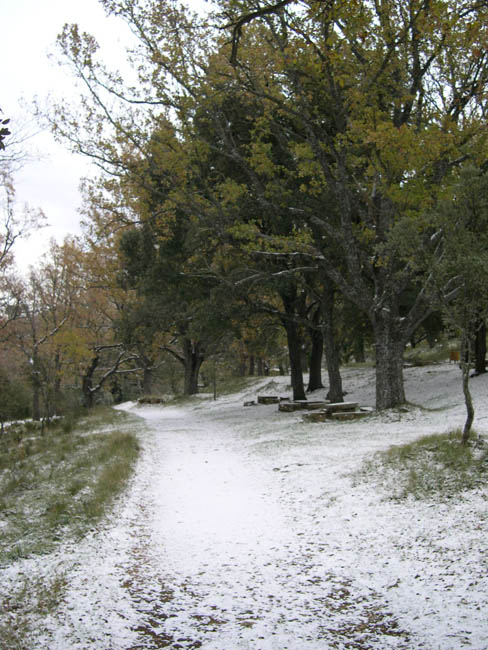 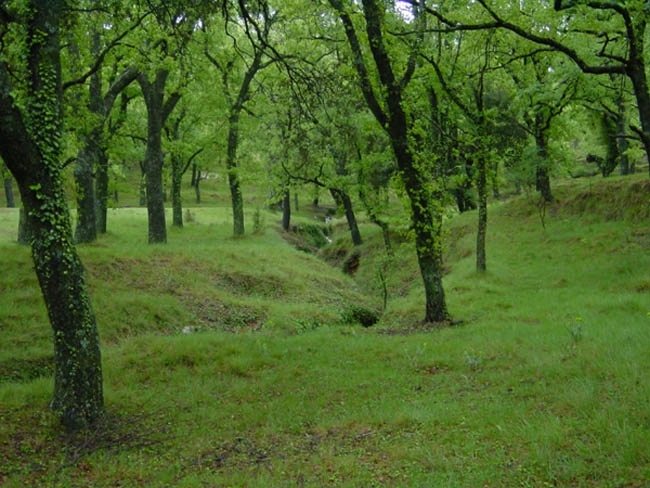 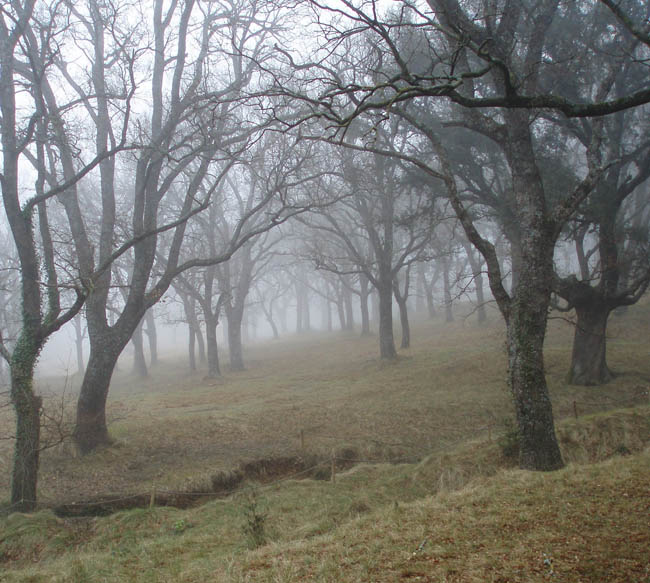 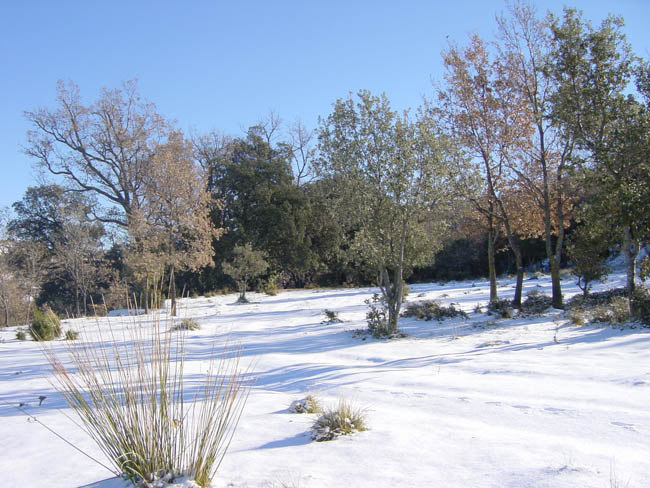 Declared by Agreement of the Government Council on 4 March 2005, El Rivert Municipal Natural Park, with an area of 16.00 hectares, is located in the Benasal municipality in the Castellón province.

“El Rivet” Municipal Natural Park is based at the easternmost foothills of the out external or Aragonese Iberian System, on the northern slope of the Sant Cristófol hill, with a predominant orientation of N-NW. At about 900 metres high, it offers beautiful panoramas of the impressive Maestrazgo mountains, an immense landscape of plateaus and ravines through which beautiful rivers and ramblas flow.

Subject to the so-called mountain climate of Northwest Castellón, it is one of the rainiest and coldest parts of the Valencian Community, benefiting from different types of rainfall: those caused by frontal situations with predominantly westerly winds, those caused by east storms and those favoured by local orography.

The dominant vegetation in the area is an oak grove of gall oaks or Valencian oaks (Quercus faginea) characterized by the presence of unique examples of great size, among which are four specimens (two Valencian oaks, a holm oak and an ivy) considered "monumental" and included in the guide "Trees and groves unique to the regions of Castellón".

Interspersed in the oak groves are examples of kermes oak (Quercus rotunifolia) and, forming the undergrowth, white hawthorns (Crataegus monogyna) and wild roses (Rosa sp.). The herbacious stratum has a high coverage of species endemic to the Ibero-Levantine area, such as the violet (Viola wikommii), devil’s-bit (Succisa pratensis) or the orchids Listera ovata and Dactylorhiza elata subsp. Sesquipedalis, which led to the declaration of an area of 2.40 hectares as a floral micro reserve.

In terms of the fauna of the Municipal Natural Park, due to the presence of different springs and flooded areas, amphibians are very well represented by species such as the Iberian ribbed newt (Pleurodeles waltl) or the common toad (Bufo bufo) and the natterjack toad (Bufo calamita). In the mature examples of Valencian oaks and kermes oaks, nest birds such as the Eurasian nuthatch (Sitta europaea), tawny owl (Strix aluco) and the great spotted woodpecker (Picoides major), also housing in their gaps populations of some of the rarest bats in the region such as the western barbastelle (Barbastella barbastellus) and the lesser noctule (Nyctalus leisleri). The appearance of the wild boar (Sus scrofa) or the fox (Vulpes vulpes) are frequent in the surroundings of the protected space.

The park offers the visitor the possibility to walk and do activities in complete nature, in a incomparable environment with spectacular seasonal variations to its landscape.

You can access by the Culla road passing the entrance to the spa, you can see the car park from the road.

Services:
Within the natural area we find a recreational area with: paella pans, fountain, swimming pool, picnic area, tennis court, cafeteria and showers only in summer and Easter.