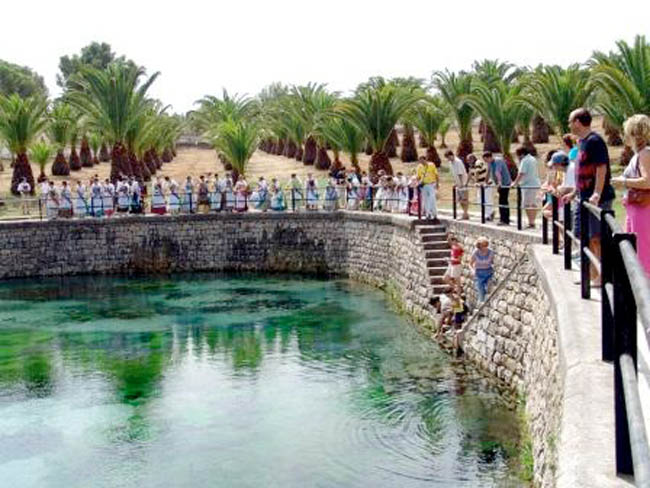 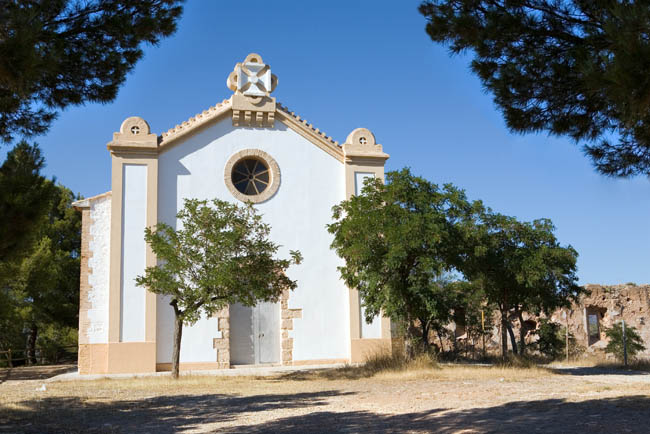 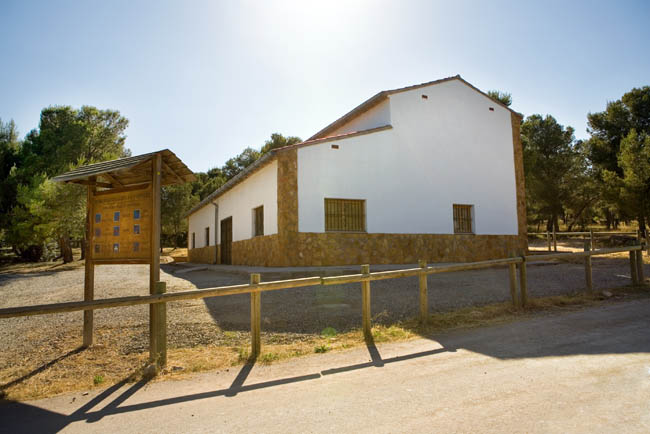 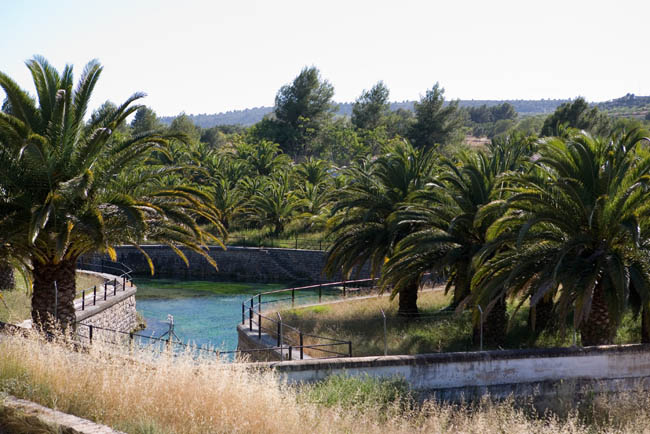 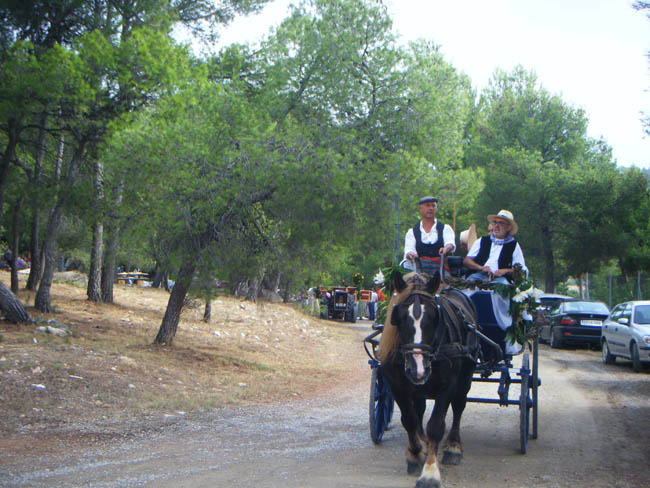 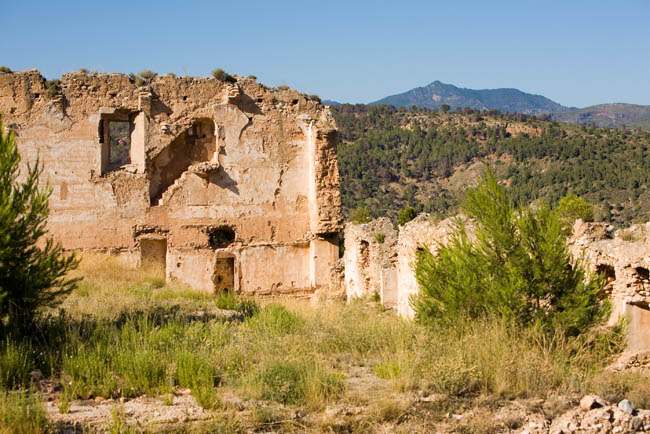 The Chapel of Hope is located over a lush hill only three kilometres away from Segorbe, next to the remains of the old Hieronymite Monastery which was established in the late 15th century and destroyed in the Carlist wars. Located at the foot of the hill, the fountain supplies water to the city and irrigates part of its cultivated land with its excellent flow. The ensemble has been declared Municipal Natural Site.

In the 13th century, King James I of the Crown of Aragon established the distribution of water from the Fountain of Our Lady of Hope, dividing its volume into seven parts: five of which were for Segorbe; one for Altura; and another one for Navajas.
Seen from the air, the fountain looks like an enormous ham-shape swimming pool surrounded by a beautiful palm grove, where 500 litres of clear water flow per second.

On Wednesday of the first week of the Patron Saint’s festivals, between late August and early September, people of Segorbe go on pilgrimage to the fountain to celebrate the Festivity of Our Lady of Hope. The pilgrimage is held since the 15th century and has become one of the most important attractions of the Patron Saint’s festivals. In addition to the pilgrimage itself, various events take place within the natural site of the fountain, including a Mass in the Chapel dedicated to the Virgin of Hope, in gratitude for the precious gift of the fountain’s water.

Services:
There are picnic areas with concrete and stone tables and benches, as well as various drinking water fountains.